Texts me my architect friend, another ponytail – this one a lady, and a good one at that!
A lady and an architect. She thinks I have something against architects, I single them out in my blog.
The year I graduated with has produced a number of really successful architects over the last 2 decades. Some went into private practice, won awards and international acclaim. One became a mayor in a town; a number of others served (or still are) as government architects.
That reminds me, I read recently that the UK has a Government Chief Construction Adviser.
Fancy that!
Paul Morrell OBE was appointed some time in 2009 and he talks ‘BIM’!
He declared publicly that the UK Government would de demanding Level 2 BIM by 2016.
So, all you little BIMmers operating in UK, anxiously waiting for your break, sleep easy from now on. After all, Paul Morrell is a past senior partner at Davis Langdon. A QS and an OBE.
Davis Langdon, Global Construction Consultants.
I have a distant memory of them being ‘design consultants’ not that long ago – but maybe I’m mixing them with another company that AECOM gobbled up in the recent years.
Or, were they ‘risk and cost consultants?’
Definitely not BIM, I would’ve heard if they were BIM consultants too?
Maybe when Level 2/BIM spreads globally, they will be! 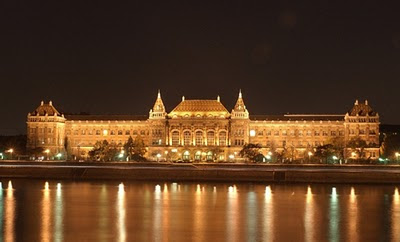