There is one type of BIM, that I call the Bully BIM.
It is a bit of a ‘below-the-belt punch’ kind of BIM approach.

It is called ‘Clash Detection’.
At its essence, it is a well-intended concept.
Unforeseen clashes of building elements cause a lot of trouble when discovered during construction and subsequently slow progress down, result in abortive works, extra materials, labor cost and lengthened programs. Using technology to eliminate (or at least minimize) such issues on the construction site makes sense.

And it doesn’t. At its premise is the idea, that following semi-independent work done by many consultants (in model-base or otherwise) an automated procedure identifies the clashes of spatially conflicting elements and highlights them.
But in practice, it is an ignorant and arrogant approach, used to gain points over something or someone and rarely works to the benefit of the project.
It is ignorant as it ignores the reality of design definition development in contemporary construction projects being continuous through to the completion of the building.

There are no fully designed/modelled projects that can be effective clash-detected.
There might be really well designed and modelled projects that everyone worked together throughout the design process and the resulting model is ready to be built from.
In those rare cases automated clash detection ‘interventions’ will add little value, so why bother.
And then, there are the majority of the cases where clash detections is forced onto partially defined-partially documented projects and the outputs are reports going into hundreds of pages of ‘issues-needing to be looked after and dealt with’.

Those reports shoot the entire BIM movement in its foot and make building modelling as a field look dumb.
Yes, building services should be well designed and coordinated before everyone hits the site and scrambles for their place within the zone allowed.
Sure, major dramas happen when there just isn’t enough space within ceilings, ducts and risers for everything that needs to be put there.

But clash detections aren’t there to find these major dramas, they are done, to score brownie points for a clash detector.
It is extremely likely that those major dramas, even if picked up will be buried so deeply within Clash Detection Reports that will be lost in the sea on insignificant ‘move the pipe 25mm to the left’ – responses and stay unresolved. (meanwhile many hours are spent on managing the administration of ‘issues’)

Over the years, I wrote regularly on this topic.
So, being Easter and a time for various games, let me propose one here:
Go through my blogposts (595 including this one) and find the number of times I mentioned ‘clash detection’ in them. Put the number down here in the comments.

The author of the closest number posted before the end of April (Midnight NZ time on the 30th April) will win an A3 sized, hand made mosaic of their chosen portrait picture.

Do I believe, people will take on this game? Nah.
So, let’s add that, the number needs to be within +/- 5 to qualify.
If no one enters I’ll just carry on with my current mosaic project. 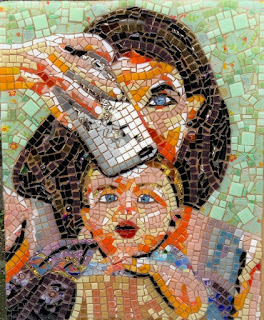 Let’s get one thing out of the way first:
I don’t think BIM is the ‘thing’ that will be the savor of the post-pandemic AEC industry.
I don’t think BIM (as in a ‘way of managing info in AEC projects’) is in that great a shape all together, period.

But, apart from a conscious revitalization of an approach that does have 30 years of trial/error behind it, I can only think of one method that could give the industry a boost towards recovery.
That method is of establishing a highly centralized, closely controlled industry that will manage its risks and rewards in a largely different way than the free-market shenanigans of the industry since the late 1980s.
Having had the privilege of first-hand experience of 4 different variants of highly-centralized construction practices, I am aware of many pros as well as cons of its methods and outcomes.
Economic, social, environmental etc etc.
I am just an aging BIM-fan, let me leave this second option for those shaping history, maybe with just one little thought:
Even that ‘solution’ will need BIM – actually, that one will likely go ‘BIM way’ from early on…

A week or so ago, I said, go ‘paper-free’! (I’ve been saying this for decades, but never mind).
Implying that paper-free is the easiest way to BIM-literacy.

If you are already paper free and want to get into BIM, where should you start?
Read up on the theory of the approach? Learn a particular modelling package? Explore model viewers? Investigate example projects?

All this, while you’ve got a job/project/company to save?
Surely this is not the time to get bogged down with this mumbo-jumbo, BIM-jargon that most (of you) had manage to dodge your entire carrier?

If we need BIM to survive, we will buy BIM. Simple?
Not.

Think of it as a language. A language that has evolved and is existing within the industry.
That has its own structure, rules and systems.
It is spoken by relatively few and has made a relatively low impact on the industry so far, but it could have a major influence on how we build buildings, if used well.
Also, it could be used to expose how badly we are building buildings if used well too.
This latter option has been rarely explored so far, but its time may be the upcoming ‘new time’.

Today’s lesson: BIM is not a spice; BIM is a language.
And for goodness sake, go paperfree! 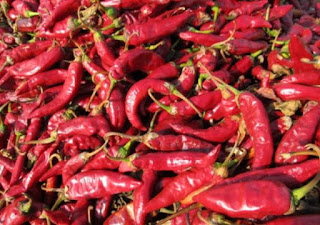 Post pandemic AEC: BIM to the rescue? Don’t get your hopes up!

‘We are experiencing unprecedented times’- flows from every tap I turn on in my miniature home.
Digital and otherwise. No-one knows what’s on the other side.
One thing is almost certain, there will continue to be some need for building/construction for whoever survives.
It will be tough times, so the survivors will have to do their best to make the most of resources, natural, building, human and digital at hand.
Global uptake of BIM will rise, companies will see the opportunity to clean up their operations under this ‘rebirthing’ and work smarter.

As often is with ‘unprecedented’, people try to relate to precedence for reference, my personal experience is, that tough times don’t generally help AEC improve on itself.

I can just about see my friend Djordje nodding with mild sarcasm as he is reading the above:
Yep, Zolna – positive as always.
Just for Djordje, a little memory from the past – with a bit more hope:

In 2004 as an employee of the NZ distributer of ArchiCAD, I was in charge of organising a string of extremely well attended seminars held by David Sutherland, the director of Fender Katsalidis, designers of the Eureka Tower in Melbourne and celebrated power-users of the software.

So successful was Mr Sutherland in selling the concept of BIM (or VC as it was still better known then) to the architects of NZ that even after many years had passed I was repeatedly told by the director of the competing software distributer (AutoDesk) that these seminars were the turning point for many of his clients to step up from 2D to 3D.

In 2004 David Sutherland was talking not only about the technology and its use in their Australian and globally operating business but also how it reformed the way his company worked, how they become more productive and better hands-on as designers when they decided to go ‘cold turkey’ 3D.
If I remember correctly, he was referring to a global crisis that forced the management to reduce the number of its people and they went form over a hundred down to a staff of 30.
I don’t wish on anyone to lose their jobs; I just hope that something good will come out of this crisis.

For the AEC. For BIM. 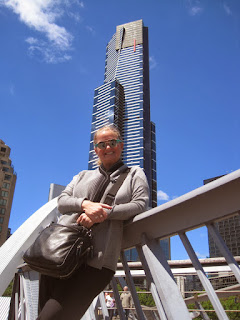