Should have 3D computer knowledge....

Not that I am searching for a new job, nothing like that, just part of my research.
You see, to find out what software-packages the companies that we may be dealing with in the future could be using, nothing beats their ‘vacancies listings’.
In fact, hardly anything gives such an instant indication on where a company (consultant, contractor or client) is with their understanding of BIM as how they advertise for roles that deal with the handling of project information.

It is a sad state of affairs when no brand name of preferred software appears, though it leaves an equally unhappy felling seeing that someone is after a “Revit architect” – and this is not because of the specific software they nominate in the ad, but due to combining those two words in such an unfortunate way.

It is well known, that the programming (IT) industry had high-jacked the term ‘architect’ – so one should not be surprised if the candidates that apply for the stated job turn up to be of a very-different profile than what the advertisers were after.

If my Grandma (soon to turn 92) declared I was ‘in a field of computers and 3d’ – I’d be chuffed, yet AEC’s HR people should know better than that! 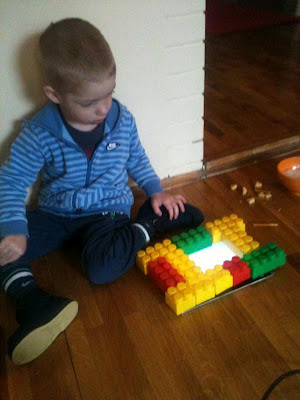 A bit more of a balance would be nice...

OK, I do admit, I looked up those shoes once. Only once, really...
And I did book airline tickets online, a number of them recently; it is that time of the year.
Now, I have to endure ‘from-subtle-to-invasive-and-anything-in-between’ attacks by the shoe and airline marketers of the world.

Thankfully my work environment is safe.
Pristine even, no evil promoters have managed to crack into the company’s MS Office or Outlook, nor GS’s Archicad/ Autodesk’s Revit.

Sometime, I wish they had.
As I model simultaneously in the two packages (as one does) I wish I had the perky gremlins of Google and Facebook lurking behind my tools trying to guess my next move.
You are creating a complex profile? How about some new Alucobond parapet flashing to use there, dear?
Oh, choosing from the limited range of store-entrances from the libraries?
Look, we have hundreds here for you, all the latest models, the cheapest would come straight from Argentina, delivered to you by lunchtime tomorrow...
Hmmm using ‘that’ hatch for your tiled-surface on the slab, nah, we can do better, these come pre-coloured  and pre-priced, ready for renders and BOQs...

One might say, ‘be careful what you’re wishing for’, cherish the privacy of your work-environment!
Wise thinking of course, still, the ever-widening gap between the ‘two ways of being’ can’t be that good for me, either. 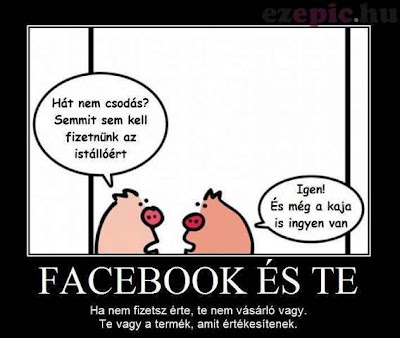 I have a bit of a phobia of flowcharts. They creep me out.
The ones that are designed to describe BIM processes are the worst, maybe because of their impact on my day-to-day life.
On one side, I support structured approach to BIM, a formalized graphic representation of a logic-sequence should do no harm.
However, as an Intuitive BIM-mer, I tend to focus on results and flow-charts just don’t cut it for me. Even on a very abstract level, they just do not reflect what I see in the real world, where activities get all tangled up in multiple dimensions, blatantly disregard artificial rules and generally fail to behave in a well-charted manner.

Building design stages have stopped being packaged in distinctively separated boxes some time ago (schematic design, developed design, detail design…) – yet are still favoured by those unable to keep up with the changes of scenery that have been hitting the AEC over the last 2 decades.
Similarly, BIM practitioners keep promoting a neatly compartmentalized process that BIM is – or at least should be, using colorful flowcharts.

Is it because they have originated from the programming and process driven manufacturing industries that no one really questions these charts?
Or are they just safety blankets that give comfort to those that run BIM processes, something to burrow one’s head in when the reality hits? 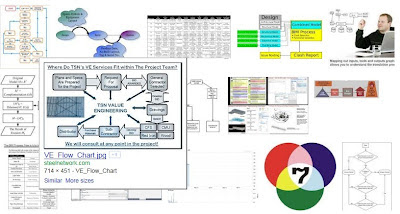 Have you got any idea how silly you look and sound?

…as you try nonchalantly to bluff yourself through the maze of BIM related questions around the boardroom table?
You remind me a bit of some ‘try-hard’ baby-boomers I once knew, that went to great lengths to keep up with the new hipster generations, doing the clothing, the music, imitating the moves, the lingo.
And those over-confident, largely mono-lingual tourists I often see on my travels, that work enthusiastically to out bargain local sellers on ethnic markets using a 100 word-phrase book.

I am a bit sorry if this BIM thing was dumped on you ‘suddenly’ and caught you unaware.
I also sympathize with the pain that you must be experiencing, as a fish out-of-the water, pushed from your comfort zone, but hey, it is time to change tack, simple bluff will no longer work.

Nor will the rest of your arsenal, I’ve so often seen in action.
The first: ‘ignore it, will go away’ attitude.
Then, the ‘give them some morsels of ‘logistics-modelling’ and throw in ‘clash-detection’’, will keep them happy for a while…
Counting to 6 on your fingers to show the 6D’s you know will not cut the mustard any more, and reciting the poem of how ‘BIM can be used in OM/FM’ will not impress anyone any longer either.

It is time to deliver the goods, walk the walk, or walk away. 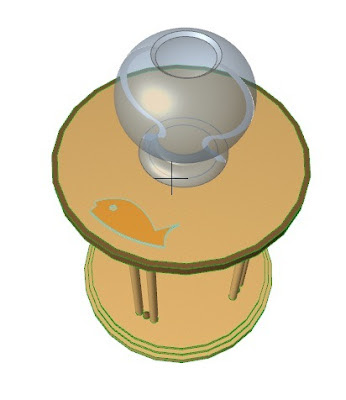 Have you noticed them yet?
They are turning up en masse on consultants’ drawings these days!
Little golden stickers, shiny and holographic, a real candy for the eye.
They carry a message:
The consultant that provided this drawing is a CMBC (Certified Model Based (AEC) Consultant) and all the information within the marked drawing is guaranteed to be based on a 3D digital-model.

No need to check the alignment of grids and consistency of floor levels between views. Sections, elevations for discrepancies between each other or the plans.

You know I’m dreaming, no such certification exists.
And no other industry logo on drawings (AIA, RIBA, NZIA etc) will provide anything similar either.
Currently, there is absolutely no guarantee that officially issued AEC documents make sense spatially.

With all the blurb out there on small BIM – BIG BIM, pretend and real BIM, why are there no little steps taken to get over this bridge first?

Many consultants do work model based these days, however, even they aren’t always able to ascertain, just how far they’ve gone with it?
Was the model broken up while they developed IFC drawings? Can they certify the integrity of the model throughout the process?
You’ll seldom get upfront answers to these questions, even if you are a proposed client dangling a huge contract in-front of them.

Something for buildingSMART to tackle? 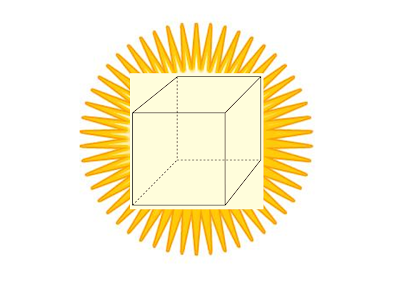 The weak link in AEC projects: consultants are largely unable to manage their projects well

I once flew on a ‘no-frills’ airline from Auckland to Melbourne.
A manageable, 3 hour flight – I decided not to purchase any drinks or food.
As the stewardess’s trolley passed my row, the chap sitting next, whispered in my ear:
“Ask for hot water, they can’t charge you for that – I’ve got some tea-bags”.
I obliged, guiltily-yet-smugly enjoying an ‘unpaid-for’ drink, for the rest of the journey.

As much I can, I avoid travelling ‘no-frills’, though necessity often makes me do so.
In those times when I do, I often keep my sanity, by repeating to myself, the fact, that at least the airline had committed to get me from A to B, at the original ‘contract price’.

Building owners in AEC contracts are rarely as lucky.
Whether they travel ‘first class’ or ‘budget’, there is no guarantee that they reach their destination (the building)  without hefty add-ons, often called ‘variations’ or other ‘fancy-claims’.
As ‘travellers’, most aren’t totally blameless either, they change their minds often on where they are to be taken to, they pick in their menus, ask for hard-to-find ingredients, slow down the ‘aircraft’, deliberately.
Still, the service-providers should be able to manage them, keep them on track and constantly aware of what they had purchased, with what strings attached.

Consultants operating in the current AEC are woefully hopeless at doing this. 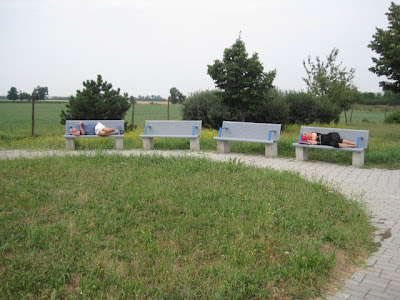