Can 2 decades of mismanagement of a global industry be bridged over? What responsibility do ‘veteran BIM practitioners’ need to take for the current state, where the entire global AEC is simply unable to keep up with the times?

For me, probably the most irritating thing about the ‘BIM field’ within the global AEC industry is its un-preparedness to face up to reality.
I have previously likened it to a big baby not willing to grow up; nowadays even that parallel seems too mild for it.

I went into this area over 20 years ago and I was not the only one, there was a considerable part of the industry that had similar interests, goals and dreams as I valued and believed in.
What happened in the last 2 decades is that many of those enthusiasts left the field due to realising the futility of an unwinnable war, while others mellowed themselves into a marginal group of specialists that are by now getting just enough attention from the industry to justify the long, hard work they suffered at the coalface.

Where these loyal devotees are making their current mistakes is by giving their own, hard earned credibility to the ones that for years had ridiculed them for not understanding how money was made within the AEC industry.
These ‘ex foot soldiers of the BIM innovation’ are now brought in en masse to rub some of their expertise over the many ‘dinosaur companies’ up till now largely BIM ignorant, so their brazen leaders can carry on calling themselves as the ‘leaders’ of the industry.

Those same leaders, pushed by more recent peer pressures to ‘keep up with BIM’ readily buy into strategies that the alien BIM expert will be the necessary catalysts for their companies to burst into the limelight of BIM excellence, yet they ignore the age-old saying that ‘One swallow does not a summer make’.
And for most of these ‘swallows’ the time is slowly running out, they themselves, once the leaders of the field are finding it hard to keep up with the ‘enabling technologies’ they used to feel so comfortable in – their bodies and minds are getting better suited for wise, advisory roles than the pretence of being the fresh-digital-innovator jockeys these ‘catalyst’ roles ask them to be.

As pessimistic as this view may sound, I do not see the status of BIM within AEC to be that bad or worse than it deserves to be considering its origins.
It is, what it is and I concur with this situation.
What I see to be catastrophic in this, is the reluctance by almost anyone at any level of operation to name, examine, let alone accept publicly and set out to genuinely do something about the way the SQ of BIM in AEC is.

So, again, those that once fought the ‘good war’ of innovation, bringing better processes, increased productivity or just more enjoyable working methods to the industry are willingly being used to legitimise the industry embarking on another 1, 2 or 5 years of pilot BIM projects, timewasting conferences and endless theories that have never, and most importantly are unlikely to ever work.

20 years ago, I believed in my own generation to bring on the innovation, 10 years ago I still did, but putting my faith in a more mature set of strategies than those simply relaying on smart tools and processes.
Up to  a year or two ago my hopes shifted to new generations to come – trusting some savvy young opportunist to see more in this massive global market than a giant pot of money easily harvested with a bit of non-comprehendible techno-jargon.

These days I continuously re-examine this belief, as the young ones I see do not seem to be in a hurry to take charge of this vital industry. Even if they have the will, knowledge and bravura to give it a go, they seem to lack the experience of the seasoned fighters that fought these battlefields to take on the incumbents in no hurry to change.
Unfortunately to them the old pioneers have compromised themselves too much to become real allies in their younger counterparts’ quests, so the most capable ones of the new generations are leaving this particular field for some easier targets to aim for.

Maybe those last 2 decades will prove to be too big a gap to bridge for the AEC industry and BIM.

Pictures of my nephew Viki; 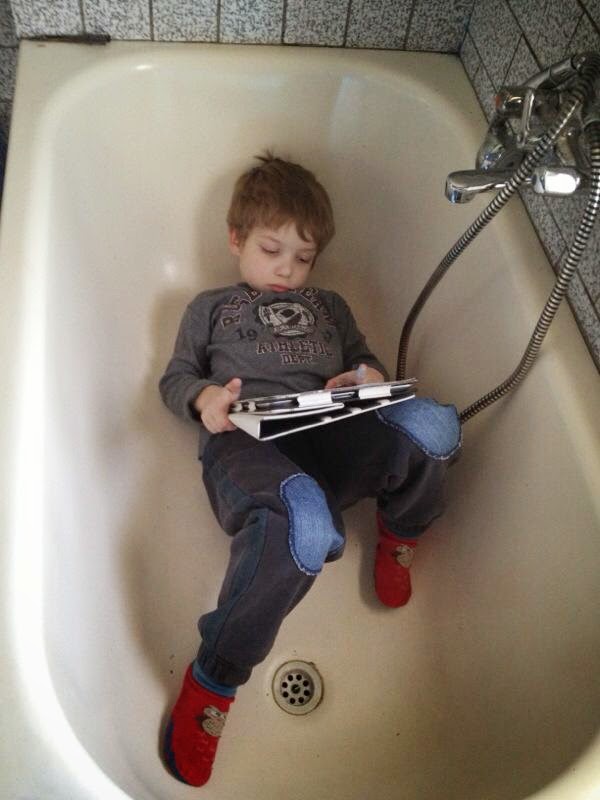 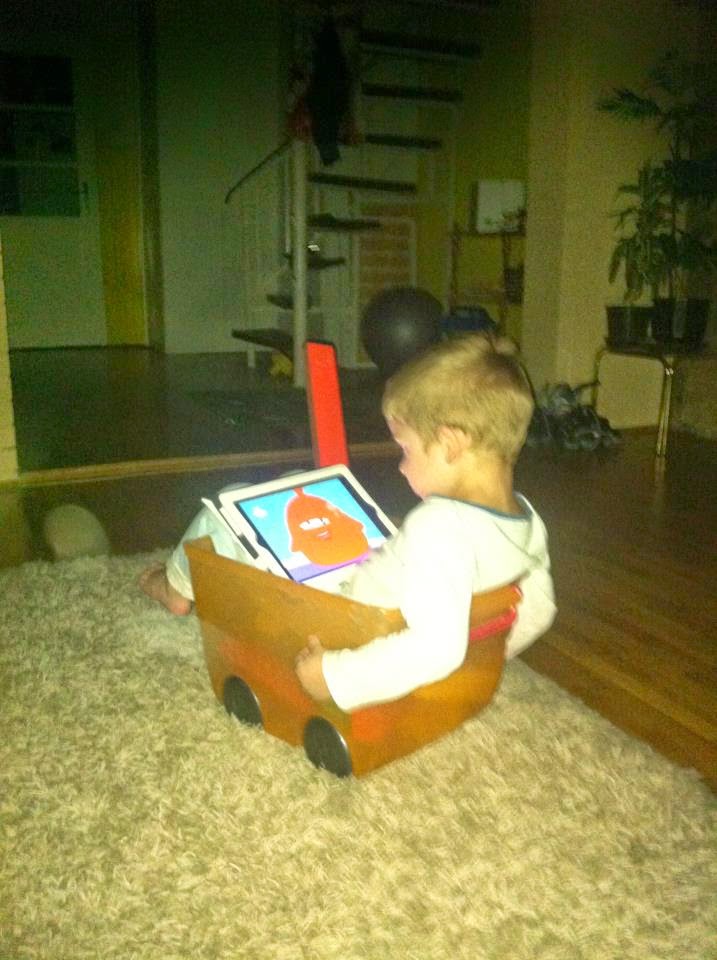 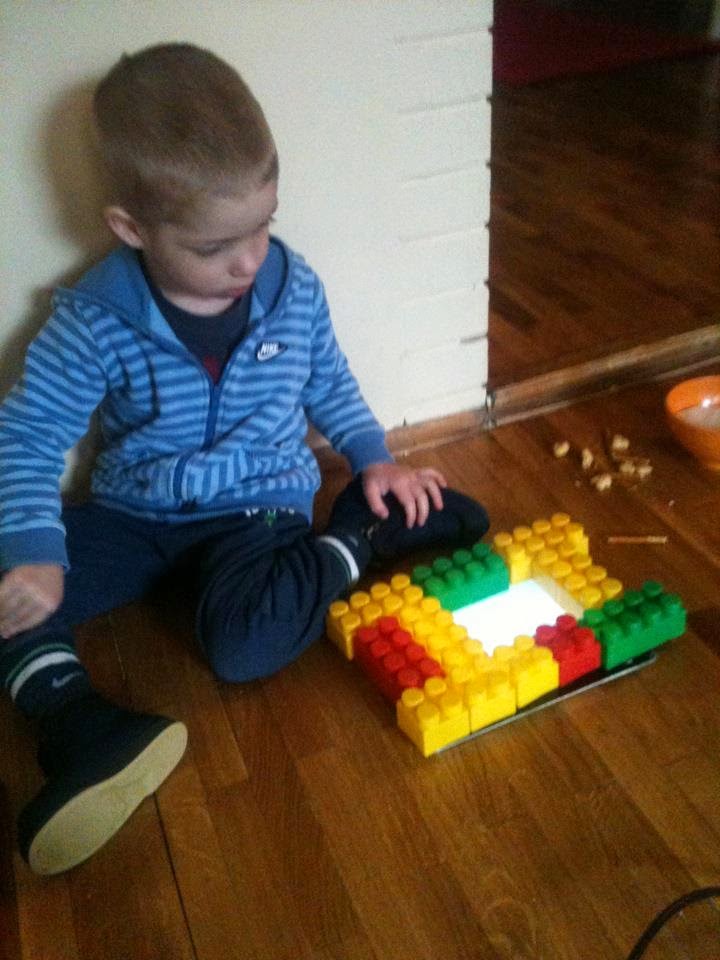 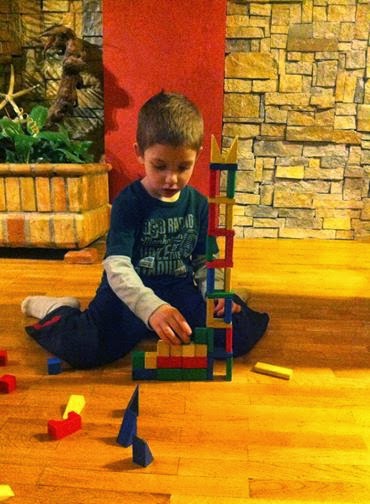 I’ve been taking it easy with BIM lately.
This can be seen as a probably not surprising bi-product of my self-preservation instincts kicking in at the end of a challenging year.
One can say, I got totally BIM-med out over it, an unhappy culmination of two decades of vigorously pursuing an elusive professional target with at best- mixed results.

I now got myself a job that has nothing to do with BIM.
I am staying away from most online or real-life BIM interest groups. My contributions to my own blogs had been muted to an almost full silence and I never upgraded to ArchiCAD 17, though I expect the launch of 18 to be soon.
I still fire version 16 up every now and again, nothing quite like this little tool to check over things I need to be absolutely sure about in my current job, that has – as noted before – no relation to BIM.

So, with such a high level of BIM-abstinence mastered, it could be considered a sign of weakness for relapsing into thinking BIM again, but for a person of few skills and even fewer hobbies, this could be just the right thing to ponder over, on a peaceful Thursday night.

One trigger that made me reach for the BIM-keyboard tonight was a BIM report that had been forwarded to me by a well-wishing friend, aware of my professional interest in the topic.
A scientific looking, chunky publication of 60-something pages it offers a myriad of serious-looking BIM behavioural theories for an entire region, based largely on the survey of 400-something AEC professionals.

I am not one to get terribly excited about surveys, in fact the ones related to BIM I avoid even more than others, but this set had sparked a rekindled interest to formulate the ‘true level of BIM advancement of an entity’ through numbers, somehow.

The other prompt for me to pitch in the debate of quantifying BIM uptake within the AEC industry had been a series of recent encounters with people working for large multinational AEC companies claiming that their organizations were now ‘doing BIM, whole sale’, ‘full on’ or in a similar way, implying a deep and widespread commitment.

Start scratching the surface of some of these entities and you’d see that BIM capability can be easily limited to a small group of up-trained CAD technicians, headed by a self-styled BIM manager or even worse, by semi-formal relationships with modelling back offices.
When the mother-ship’s staff numbers reach into multiple-thousands working over many continents, these capabilities are often just a drop-in-the ocean of BIM ignorance.

So, for those that advocate for high level of mandated BIM for government clients, here is a suggestion: why not establish a calculable BIM coefficient that will reflect the ratio of BIM saturation within any one company?
What better way to establish true and robust scrutiny for public providers to be judged on?

Not quite sure yet what the formula would look like, but something that would reflect the number of people being truly BIM literate in relation to the entire population of the company, as well as the number of real BIM projects measured against  all of the work of the entity.
Someone clever with numbers could probably tweak such formula to reflect the length of combined BIM experience (again related to the overall size and age of the organisation) and true depth of the hands-on BIM capabilities as opposed to the shallow make-believe BIMs  dreamed up by marketing and business development departments.

Anyone with a suggestion, drop me a line. 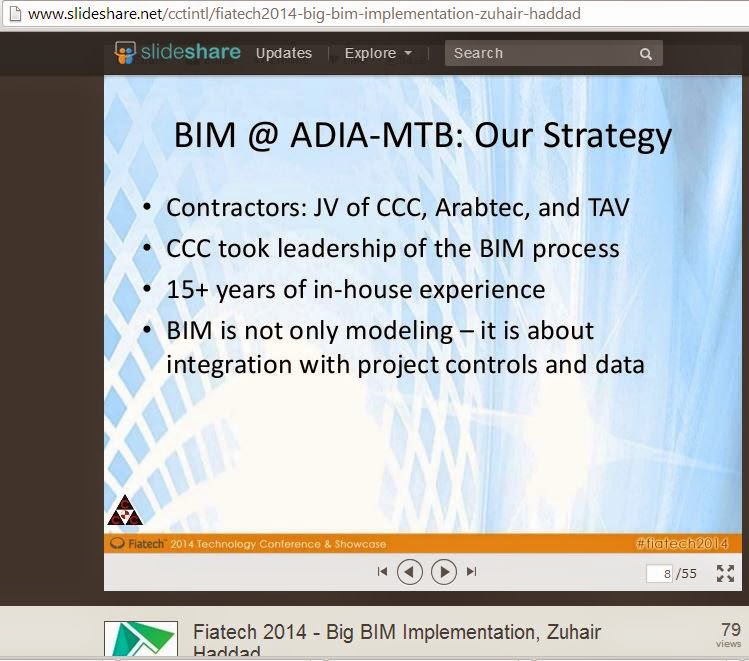