Of course one can do BIM with Revit, but why should one even try?

I know. Every time I write about Revit, its shortcomings and my relationship with the software and its supporting people/companies, I lose another BIM friend or an interested in BIM -blog-reader otherwise supportive of my ramblings on the current status of the AEC industry.
So be it.

I must have matured (or got to be pickled) enough to find the ability to have all sorts of (seemingly) contradicting things living in harmony within my head.
I can admire clever people of certain skin colour, even be friends with many of them and despise others for their arrogance, again irrelevant of skin colour (same or different). I learned to enjoy painful experiences for what they are teaching me, have simultaneously opposing views on political situations and possible resolutions to them and I can maintain genuine friendships  with people that practice or ‘Havens forbid’ – even like (love) Revit.
And I accept, without holding grudges when they eventually stop being friends with me because of my dissing the named software.

Add to this the fact, that I am getting close to completing 3 years  of full-time employment within my (beloved) industry where my role has had nothing to do with BIM, confirming that I still have some marketable skills in the industry that do not rely on 20+ years of feverishly intensive self –development in the BIM field.
So, I can openly be anti-Revit.
The latter may also indicate same some other things about the industry too, but let’s leave those conclusions for another post.

Revit.
Just a tool, one would say. And they do say it, regularly. ‘Them’ being those in the know, using the ‘tool just being a tool’ as the foundation to build up many an argument on something terribly sophisticated and BIMmish.

For me (note: for me!) it had become the symbol of everything that is wrong with the AEC industry and its attempts to improve itself through a forced BIMalisation of its masses.
A word that opens doors if one wants  to look BIM-literate and shuts the same fixtures squarely in one’s face,  if uttered in a wrong sentence.
(like, ‘I find Revit to be an inferior BIM tool, at a job interview).

A word that conjures animations of Pixar quality in the minds of clients that want to look refined and as a result will mandate BIM on their projects.

A word that makes me skip over any BIM-Manager’s role advertised in the main media of AEC jobseekers.

Revit is not Autodesk, they also like to say, assuring the ‘above-the boardness’ of their BIMmish statements, so clearly soaked in everything Revit and therefore Autodesk.

But, of course it is.
In anyone but Autodesk’s hands, the promising but underdeveloped predecessor of Autodesk  Revit would have either died quickly in obscurity or got its act together and become a useful tool to a minority of discerning practitioners. Unfortunately for Revit it got selected to be the ‘front face’ of Autodesk’s BIM invasion of the last 2 decade and while achieved large coverage, failed to grow up.
No, Revit survived in its half-functioning ways, only because of Autodesk and the power it has over the global industry.

So what?
Don’t like Revit, don’t use Revit, it is a free world when it comes to software, one could argue.
What is the point in analysing the software shortcomings, its supports deficiencies the politics of its longevity?
What is the point of nailing oneself on the proverbial cross and declaring time and time again that I’d never touch Revit in my professional life again (unless to convert the data from it to something more palatable)?
What is the point of tempting faith and push oneself into a situation in life that one may want to beg to be given a BIM role with everything Revit?

There is not a lot of rational reasoning for all the whining from me on the topic of Revit, of course. Apart from maybe just creating another opportunity to publicly declare:

Want to do BIM? Don’t use Revit.
Want to use Revit? Don’t try to do BIM (seriously). 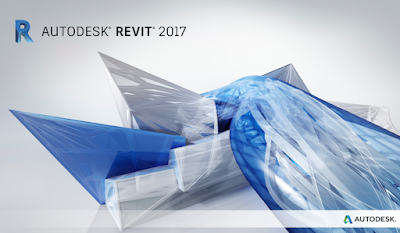 Ever since BIM raised its pretty multi-dimensioned head within the AEC industry, most talk and action has been focused on its role in prevention, rather than cure of construction projects.
I.e. developing and applying processes of information management, using the principles and tools of BIM to ensure building projects finish on time, to expected quality and budgeted costs.

Even seasoned BIM promoters’ stance is usually, that introducing BIM to a project is worthwhile only at the start-up, followed by the comment, that ‘a particular project is too far down the track done the traditional way’, for any BIM implementation to be successful.

I have been challenging this assumption for years, by successfully performing small and large BIM type exercises on projects, either to get them fixed up mid-way or (dare I say?) once completed, illustrate who was to blame (and by how much) for its distress in the first place.

So good I got at this particular use of BIM (I thought) that the idea of a consultancy service based purely on using BIM tools and techniques to assist parties in distress (on building projects) seemed like something worth exploring. The services I had in mind were less the type of the ‘lovey-dovey-clash detection’ but more like supporting successful variation claims, defending EOT claims or preparing proper recovery plans that would give clients full transparency and actually bring projects back on track.

I toyed with the concept of calling the services collectively ‘Forensic BIM’ and prepared a pretty workable strategy for getting a start-up off the ground.

It never got off the ground.

Not because, nothing I ever start I complete well (‘don’t be so insecure’, my husband would say) though ones should consider it with my BIM-records – but because this whole BIM thing has still not reached a maturity to function in a realistic way. Not locally, nor globally.

While millions of funds, all around the world are invested daily into quasi BIM ‘things’, to meet mandated requirements, look sophisticated (leading!) and keep up with one’s peers, the idea of having Forensic BIM departments within major Consultancies and/or Contractors is looked at pretty squeamishly by almost everyone I encounter.

Those, that are at least prepared to argue their points against Forensic BIM practices, say that it is unproductive to spend BIM efforts on the ‘cure’ of the ills of the industry (or perish the thought, create Weapons of Claim Management for individual parties on projects) but must keep the collective focus on ‘prevention’ and aim for the ‘idealistic, everyone works together playing nicely BIM industry’.

As if, there would be no point curing the ill, or supporting the infected, while we were waiting for ‘some magical prevention approach’ to be fully developed and in place.
Or to use an analogy from a different sector, to actively ignore any smart tools potentially available for prosecuting/defending criminal cases and force everyone working in the legal field to put their efforts into the creation of environments with zero criminal occurrence.

Furthermore, while BIM promoters wearing rose-tinted glasses dismiss ‘Forensic BIM’ approaches as dead-ends, an opportunity is lost to give the entire BIM fraternity (rosy coloured – theirs, grey/black – mine) to develop some real polarity within, that could possibly nudge it out of this state of perpetual infancy, it badly needs to move from.