Sometimes, I wonder if Google and Facebook separately or jointly run a department with a sole purpose of digging out things from people’s pasts and stubbing ones’ noses in it again and again.
Or look at their current activities to spot bad things they can make feel even worse.
Maybe the departments moto is to ‘rub salt in the wound’ and the guys that work there are called the ‘spities’?

First, there were the endless ads from Google over the last month for various orthopedic surgeries, specialist, physio services etc. True, a month ago I did fall over.
Tripped one foot over the other and spread myself awkwardly on the gravel tucked with the right arm under my ‘slender’ body.
Two sets of doctor visits and x-rays later I feel much better – so thank you for asking, but due to some of the outputs of those visits (i.e. x-ray pictures) travelling over my mail system, Google still keeps on bombarding me with ‘targeted ads’. Painful.

Then, there is Facebook that reminds me regularly of the ‘good ideas’ I had 5+ years ago.
Many based on and around BIM. Most unsuccessful in one way or other.
Recently came up two of my (I believe) better ideas, that never made it past planning – one dreamed up 4 years ago, the other more than 10 (years).
For those, interested in how I looked before I aged ‘suddenly’ over the last 8 years under the desert sun, there is a link to a video made 8 years ago at the bottom of this blog.
Even those that are not interested in my looks ex NZ – there may be some ideas that are interesting to see, in a video (let me repeat it) made over 8 years ago, so check it out.

This time thing, that we were doing things 10+ (If not 20) years ago that others nowadays call new and revolutionary brings me to the topic I really wanted to write about, and that is ‘how important time is (or is not) in getting BIM really working within this industry?’ Time in real terms, measured against other industries as well as relative, to a starting point in a BIM implementation and its supposed ‘end date’.

See, time after time one sees company implementation plans for BIM that have a lose end – as in…well we don’t know what technology will be like in a year or two or five…so there is point of planning beyond what we will do in the next couple of months’.
Or the (for me) infamous fixed start of the wholesale BIM mandate of the UK AEC industry with no clear ‘end’ or ‘middle point’ to it.
Sure, ‘milestones’ do get peppered in these documents but the KPI’s (oh, I despise this TLA too) are so vague that can be achieved with just about anything (or nothing).

For another example, I have worked in big name consultancies that did set out goals by when the company would become ‘fully BIM’, but without a clear definition of ‘fully BIM’.

I never got clear responses to my question on the ‘full BIM’ (I did ask).
Would everyone in the company be comfortably practicing BIM at a level appropriate to their role by the nominated date?
(BTW the question above is a definition of ‘full BIM’ for me. Nothing less. And it does NOT mean that everyone is modelling in a 2000+ company, no,  but neither does it mean that only 5-10 people in that 2000 people company do the modelling and every project has ‘some modelling’ associated with it).
What it means, (expanding my theory), would be an environment where Project Directors, Project Managers, Project Controllers, Project Commercial Managers, QS-es, Planners and Document-controllers feel and operate comfortably with model based information and tools.
If you want an example what that means, observe how people use their cell phones.

Again, I do not expect everyone to be able necessarily to do modelling, some would model, some would model and manipulate, coordinate and/or manage models.
Other would read data from the models, analyze and repurpose. Others again would receive and share, measure and schedule.
But the word BIM in that sort of environment would be ‘real’ – not an over the top buzzword with a huge hot air balloon behind it, not a mythical goal (something the management wants to do, but we don’t give a hoot about it), not a ‘I heard AECOMor whoever is really good at this’.
Something we (or that 100% company) would just, well, DO.

And as I write this, again I am not even so much worried about the timeframe of BIM becoming real being excruciatingly long. For an individual, a company or an industry.
(Even though, let me rub a little salt in there, Yes, we DID ALL of that 10+ years ago.)

But, let’s be realistic. Let’s say, we do insulate the industry from the other digital based ones and stop piggybacking on them.
(i.e. 3d printing, VR views, cloud scanning and what-not – sure use it, but don’t promote it until it is working for the industry in real terms) – and let BIM develop at its own pace.
Let people celebrate the small victories, the so called ‘baby steps’ that are made supposedly daily by hundreds and thousands in the industry, clap for those that reach for that BIM viewer for the first time or spin the first Revit model they created at the intro course or check a handmade BOQ against a take-off from a model or discover a clash through Navis works.
Let’s be patient, nurturing, keep people in their comfort zones, doze them with BIM slowly, tenderly.

Maybe? The picture of the above working contrast strongly with the bullying nature of the industry I face daily, but let’s for the argument sake accept it being possible, positive and progressive an approach.

Let us carry on building BIM departments staffed and stuffed with badly treated modelers trying to match unrealistic expectations of their task-masters that ‘know what BIM should do’ and let brief but comfy attendances to flashy conferences entitle others to claim mastery of this complex art.

Let us carry on this road of widely accepted soft approach.
But make it come with something measurable to be made accountable against.
(if time is not the right thing, or we do not care about it – that is OK).

In the past, I floated the idea of establishing a means of having a generally accepted coefficient of BIM uptake within an organization.
I was leaning towards ‘a percentage’ type measurement derived from a couple of real numbers.
(how many people in an organization vs. how many do ‘read, read and write, read, write and manage BIM, sounding maybe complicated but actually relatively simple to figure out.)

I wish a company (independent) would consider setting itself up to develop a system, that would give the industry some sort of a benchmark to measure any company’s level of BIM-fluency against credibly.
However, I’m afraid, I will not attempt to get it off the ground myself and add to my list of my stillborn BIM ideas. 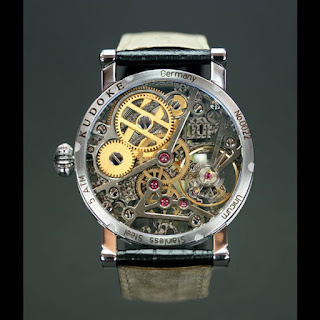