BIM is dead, please do not resuscitate! 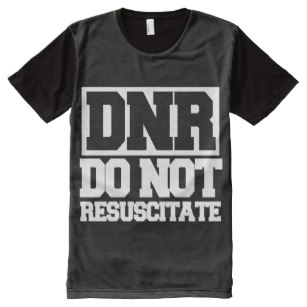 Agricultural experts likely have rules on how long one should persist with a new species once introduced into a field. Also, for recognising the signs to give up if the plants are not taking to the new environment.

If there are similar rules for establishing viable crops of BIM around the global AEC industry, they’re better be longer than 30 years.
Based on personal experience, that is at least as long since it has been trying to take roots, unsuccessfully.

Even a decade or so ago, I could see that BIM was nothing like an emerging success story.
For several years since, I worked on analysing, measuring, reanalysing and remeasuring anything that could reliably assess just how well/badly BIM was doing.
While not employing tactics supported by the mainstream, I genuinely wanted to make it work or at least understand why it does not.

The closest I came to formulate the reasons of this very complex failure, is that BIM is a ‘language’ – a complicated, at some point sophisticated, beautiful language.
A language that its host industry does not speak.
Fluency is probably below 1% of all the people that work in the AEC industry and deal with its information day in and out.

People can and will argue with this assumption.
I am confident that proper scientific studies would reflect similar numbers.
And if I was very wrong in my guess, like tenfold wrong and the number was 10%, that is still terribly low for something that has been trying to take roots for 30 years and is the backbone of a major industry.

One can try being positive, acknowledge that languages historically took millennia to develop, but in this context of a highly digitalised word, the out of synch development of a language of a major industry operating in a global context is a concern.

My gloomy view on BIM’s survival prospects is not universally shared.
May I call them BIM-doom-deniers?

Ask anyone that is personally benefitting from BIM and they’ll tell you everything is going just fine.
Ask others that have managed to stay away from it and depending on their status and position will have similarly rosy-coloured stories to say.
(‘on our last project, we could have not done what we had without BIM, sure it cost a bit’).

BIM is still heralded as something that is ‘the thing to really flourish - soon’ and something everyone knows is important and doing everything to develop it within their own teams/projects/organisations.
And yes, doing their best, and knowing it is important and the future is in BIM and…
you get the picture…

This situation seems to suit everyone in the industry.
It doesn’t and shouldn’t by any logic. But I’d accept it as ‘let it be’ (my time has passed, move on) were it not for the upcoming generations.
The new generation of 20 somethings (and younger) in training or about to enter the AEC, are taught that documenting building is about creating drawings.
Don’t get me wrong, I know they are also encouraged ‘to BIM’ at universities or at least allowed to use various modelling software, but I am yet to come across a programme that will squarely say, ‘forget the drawings (paper based or otherwise – i.e. their digital versions) and figure out a new way to think up/document and share building information’.
Or even if such programs exist and students are let loose to model, render and animate to their heart content, once they enter the industry, they get quickly shown the ‘real’ ropes.

A good modeller will have plenty of opportunities to model, but rule number one is, that the ‘drawings’ are priority, what consultancies get paid for.
(what consents are given on, what building contracts are based on, buildings built from etc etc).

It would be great to be able to state that these two aims are not contradicting, that the drawing is gradually losing its power to the models, after all ‘drawings come from models’, but the sad reality is different.
In fact, what comes out of the process of these ‘in practice BIM’ experiments are very poor drawings and mildly better-but contractually useless models.

And if you think that making BIM models ‘contractual’ will be the answer, think again.
CAD drawings never become universally accepted contractual documents and the risk/liability issues of that ‘language’ are significantly less difficult than what making models ‘real’ would be.

Working for a general contractor I’d consider a challenge put to us from the design consultancies to build exactly what they’d modelled (no drawings or specs) after all isn’t that what they charge principals extra for?
Don’t worry. Not going to happen (unfortunately).

Maybe I should not be worried about the future of new generations, they’ll figure out how to claim their piece of the industry. If the last 30 years are anything to go by, this is not a given.
As scary as it sounds, if we can assume to have a viable AEC industry in 30 years from now, it could still be a similar ‘drawing based mush’ as it is now.

So, BIM is dead, has been, will carry on.
What positive spin can be put on?

If you have missed the boat for BIM, if it has been dead all along, you can carry on working without it.
(make the occasional positive comment to your modeller ‘slaves’ and no one will bother you).

Alternatively, you can rethink the process of Building Information Management and consider it as ‘a story’ disassociated from its medium (the drawing).
A story of ‘an idea’ that goes through many hoops to become a building.

Recognise, that being so badly and deeply conditioned, that the only way to handle building related information is through drawings (AND specs – lots of written specs!) is a weight that can be lifted from the industry.

But if drawing becomes redundant, all of us that associate ourselves with creating/reading/checking/sharing drawings will be also be redundant?
That is an uncomfortable thought for all but the most competent of modellers and is what is paralysing the industry and preventing it of reinventing.

Take the ‘drawing’ out of the process of creating buildings. Eliminate it.
And/or give space for the new generations to do away with the drawings and tell their building stories their way.

The typical response to this motion will be:
‘Ha, they can render and animate these young’uns but do they know how structures work?
How plumbing goes in a bathroom, how to detail a window sill? Nah, no idea’.

You might be right, but you aren’t helping this situation either.
The ‘zombie BIM’ is also encouraging and enabling the status quo.

By pretending progress (we all do BIM!) yet sticking to what is familiar to the oldies we are NOT passing on the industry knowledge to the younger generations bur selfishly holding on to it.

Look at building material giants, what do they do to help this change?
Provide CAD files of their installation details? Revit libraries of their windows? Specification writing apps?
What about mammoth-sized global engineering consultancies? Making hay while the sun is shining they cheaply insource BIM modelling and on-sell mildly useful drawings and specs?

Surely there is an industry wide responsibility to tackle the issue of ‘they can model but don’t know how to put buildings together’ in a better way than parading zombie-BIM examples around endless BIM conferences?

I know. Overwhelming.
Another aspect of our lives that we can’t do much about as individuals.

If you are so keen on drawings, go back to drawings and stay with them but make them work (again).
Yes, they can be created via models, but focus on the drawings and increase the level of literacy (read/write) across the industry. Models are not good if only 1% of the industry can create/modify them (even 10% is too low).

Being such a long post, few will bother to read through it.
Some might not get beyond the title and claim, I am being especially insulting to the good BIMmers of this world that are trying their very best.
Nah, I’m not. I give credit where credit is due.
But if you want to really prove me wrong, go paperfree.