If your job involves creating/interpreting construction plans, read up on Monge!

Early in the process of committing to write this daily blog I decided, that on days I’ve got nothing intelligent to say*– I’d write about something useful** that is relevant to BIM/BD (building documenting).
Today, I copy a couple of lines from Wikipedia:
Gaspard Monge, (1746 – 1818) French mathematician and inventor of descriptive geometry.
“...An opportunity, however, presented itself: being required to work out from data supplied to him the defilading of a proposed fortress (an operation then only performed by a long arithmetical process), Monge, substituting for this a geometrical method, obtained the result so quickly that the commandant at first refused to receive it - the time necessary for the work had not been taken; but upon examination the value of the discovery was recognized, and the method was adopted. And Monge, continuing his researches, arrived at that general method of the application of geometry to the arts of construction which is now called descriptive geometry.
But such was the system in France before the Revolution that the officers instructed in the method were strictly forbidden to communicate it even to those engaged in other branches of the public service; and it was not until many years afterwards that an account of it was published.”
He knew how to make 3D/2D work!
If your job involves creating/interpreting construction plans, read up on Monge!
* even by my, some-may-say-lowish standards
** Useful, again as-per-my-own judgement. 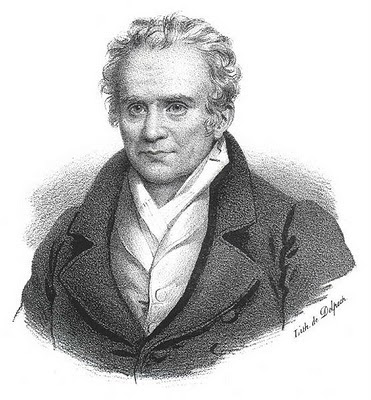 Email ThisBlogThis!Share to TwitterShare to FacebookShare to Pinterest
Labels: Monge