For one of the many HK contractors that have been caught up in the 65Bim MTR BIM experiment* here is a chance to redeem themselves!

As MMA**’s first project in Hong Kong we offer ourselves as the lab-rats for the winning contractor of a silent auction.

The offer:
MMA’s team will pick up the contract design-documents prepared by the consultants for the SCL contract of the winner, process them and 3 months following handover of these documents to MMA deliver the following outputs:
1/ a digital model of the relevant design – formatted in a way that MTR will be bound to accept it as compliant with the BIM components of contract.
2/ a confidential report for the contractor containing MMA’s assessment of the completeness and quality of the consultants’ documents highlighting areas of high risk and providing advice on mitigating those;
3/ a report to accompany the digital model formatted to hand over to MTR on behalf of the contractor that will largely indemnify the contractor from having future claims rejected due to non-compliance with the BIM requirements of the contract (contractor will need to get MTR’s written permission that the ‘3 month’ deadline for the baseline model delivery will be officially timed from the commencement of MMA’s activities on the project as opposed to the original date of their contract award.)

The auction:
All principal contractors (JVs) currently employed on the SCL 11xx series MTR line are eligible to bid.
The minimal bid is 500,000 HK$;
The bid should be emailed as a scanned PDF offer signed by the project director(s) to: forensicbim@gmail.com
The auction will end at midnight HK time on the 19th of September 2013 and the winner announced on the 20th September 2013 via the debunkthebim blog.
Winner can stay anonymous to the wider public and run under an alias (we obviously need to know who we are working with).
Meetings to discuss this service-offer prior to bidding are encouraged and can be arranged for any time up to 11PM on the 19th of September via email or phone (852 6597 8683);
MMA’s 3 month long work will start on the 1st of October 2013 (subject to the documents delivered by the winner contractor) and the deliverables handed over on the 1st of January 2014.
The winning fee will needed to be paid in 4 equal instalments at the first days of October, November, December 2013 and January 2014 through direct credit into our bank account.
Progress reports will be provided to the contractor by MMA on the last days of October and November 2013.

MMA offers this opportunity to any/all contractors unsure about the risks they had taken on when they entered these BIM-weighted contracts to manage those risks wisely and get themselves back onto their ‘front foot’ with the MTR.

In the quite likely case of no bidders, the auction will be concluded with the statement that ‘all is well on the MTR’s BIM experiment’ and the possibility of a knowledge sharing initiative will be rekindled involving representatives of the UK Government’s BIM taskforce.
Contractors involved on the massive ‘also-BIM-mandated’ Qatar Rail project will be invited to join in those future forums. 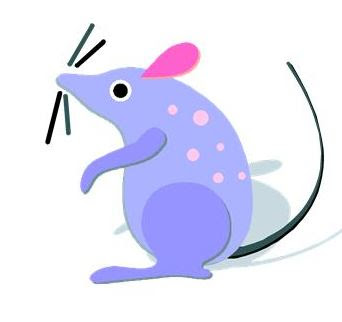