For those that have been interested in and like to follow the adventures of the Leighton Group (and its subsidiaries) in the Middle East, the last 5 or so years have provided plenty of fascinating reading, if somewhat one sided, especially as published in the ‘western’ media.

It had been widely reported that the move to purchase part of the Al Habtoor Company was a bad decision for Leighton (ref 01) and that the newly formed company soon found itself struggling with collecting its due revenues often called  ‘legacy receivables’ (ref 02);
The picture of Leighton’s struggles in the ME was that of a respectable contractor performing well and not getting paid for it.
I wonder if any of the shareholders have pondered why had it kept pursuing new work (that it might not get paid for) within the region, when these ‘conditions’ were not great even  4-5 years ago for the most casual of observers.

Yet, not only did HLG continue to pour money into bidding for new (mega) projects including 2 parts of Qatar Rail’s Metro; (ref 03) but also continued to underperform on all the ones already in hand. Who said This? It was not quite what the media had been reporting;
Ooops, this has not been reported, but it is a close range personal observation.
(and of course it can be substantiated).

Maybe the Australian public prefers a news medium that tells what this public wants to hear;
Arabs are rich, Arabs are bad payers; rather than question, the public would change channels

Good Aussie contractors (separated for months at a time from their loved ones, working under harsh conditions) not being honoured in timely manner for their hard work.

I’m no professional media-watcher by any means but it is interesting to see what Google will bring up on the topic of “Habtoor Leighton Group (HLG) Al Faisal Holding (AFH)” (without the “ “) when searched from Hong Kong (and taking into account my history of interest in this company);
Almost every one of the links could be analysed at length and would bring up a great bias, unfortunately for the Qataris mostly in favour of HLG. (ref 04)

It would be interesting to see what other blog readers would come up with searching on the same topic from other regions of the world (if you prepared to share it, email to : forensicbim@gmail.com)
How many western outlets have faithfully relayed the Qatari press release – which was carefully crafted and very palatable to western minds. (ref 05)

If I was a Leighton shareholder I would look into this issue more seriously.
The Habtoor family is still is part of HLG and is the only current gateway to some on-going work and to the rebuild of some goodwill for Leighton. That is, a gateway to any type of positive outcome for anyone involved, (apart from a handful of people in the management of HLG) that will do fine, whatever happens.
Hiding behind the Habtoor family name and pitting them against their Arab brothers in Qatar would be an extreme folly in my book of logic.
Yet, this is what is happening right now. (see prev refs)

The AFH press release (ref 05) leaves the truth to come out via the legal system, something echoed by Al Habtoor  as he “told Arabian Business some of the cases would be heard in major international courts, including in London and New York, and more could be launched.
“It’s going to be big,” Al Habtoor said.”  (ref 06)

A sad story, really it will end up in tears.
Yet this story has nothing to do with the fact that “The Australian” had failed to give any airing to the AFS press release from the 7th of August  (ref 05) – as far as their own search engine can show me (ref 07) following Damon Kitney’s article of the 5th of August (ref 01);

What about the ‘right of reply’?
What about the fact that Mr Kitney also refused to have anything to do with two of my humble requests for some media attention (God’ forbid investigative journalism?) (ref 08 – including their full disclaimer to cover for “The Australian” saying ‘no sorry’);

Both of the distinguished Arab gentlemen caught up in this mess are being manipulated.
They have the means to buy the best PR in the world, but that is not going to save either of them.
What they need instead (or maybe as well) is independent, contractual and technical assistance.
MMA can provide this for them. 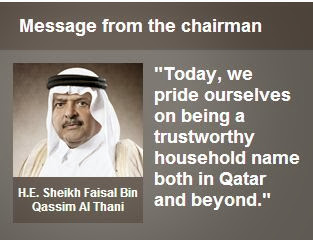 (image from here http://www.alfaisalholding.com/)
All references can be seen here:
http://www.slideshare.net/zolnamurray/references-to-article-hl-gvs-afh?utm_source=ss&utm_medium=upload&utm_campaign=quick-view