To those loyal readers of mine that hope I’ll soon return to my usual subjects of technical BIMish tricks and tips or at least slightly amusing snippets of BIM-related arrogance I battle in my daily work any time soon – here is a brief message: please carry on being patient for a bit longer.
This lonely battle of mine will probably get worse before it gets better, but sometimes you just got to do what you know you need to do.
The blog has become tedious; feels like a prolonged moan and a series of blogposts can appear to merge into a great long and boring monolog.
But, I need to use my time wisely and there still are many-many issues that need to be aired – or at least hinted at, before I run out of this precious commodity.

(spare a thought to those that need to follow/and or analyse my blog as part of their job – you – my loyal, not forced-readers can at least opt out, they do not have that luxury);

I’ve been writing ‘public’ letters to various individuals over this blog for the last couple of weeks – primarily due to them refusing to engage in any direct conversation with me.
Today’s letter is a bit different, as while it may look like another aggressive personal attack on someone, it is a genuine (and last of this type) offer of help.

From the ‘pack of big guns’ that have crossed my paths over the last couple of years, the Habtoor family is the one I feel the least bitter about.
So if you choose to carry on reading the letter, do that with that positive thought in your mind.

You and I have never met in person, not for lack of trying from my side.
I did get once awarded a little chunk of one of your sons’ valuable time – grateful as I was for the opportunity, my performance obviously was not enough for him to let some daylight in.

Had a meeting eventuated between us – at any time over the last 2 ½  years – we could have had quite a chat.
I understand, you take an interest in tennis and count some of the best Serbian players as your personal friends. I originate from that very country.
You recently purchased a hotel in Budapest – I know the building well, I studied in that city for 5 years for my degree in architecture, a quarter of a century ago.
Beyond these we could have chatted on something closer to both our hearts, the fate of the Habtoor Leighton Group.

I would have told you how I believed you got a ‘lemon’ for your part of the company – not because of your business skills; the price wasn’t the issue.  The problem was the unfortunate judgment that the Leighton bunch were as capable as the M&R team, with whom your people had completed numerous projects successfully enough.

A mistake anyone can make, after all, both companies speak the same language and the suits and smooth talks can sound similar. If anything, at the time the laid back style of the Aussies would have felt quite refreshing after the somewhat stiff South Africans.

Nor would I have dithered over this decision for too long; the damage was done> It was the projects that need and needed urgent attention.
One of them was already terribly late, having chewed through ‘god knows’ how many project directors. I would have explained to you the highly illogical facts of how and why did the job get so badly off the rails under the guardianship of one of your best directors. He worked magic while on the team with M&R, but got lost under the games played by the Leighton-chaps. The money and reputations at stake are in the hundreds of millions by now.

Then, there was another project, not quite as late at the time I first raised the red flag  – but bound to become late, being led by a couple of under-experience leaders easily manipulated by an indecisive client and their architect.

The ‘big sandpit in the desert was possibly the saddest story we would have tackled had we had a cup of tea together. An ideal client, many more projects to come from them too, decent consultants pitted against the bunch of gangsters running the HLG boat; unaware even of the basic scope they were to deliver, let alone how and by when.

If we had met more recently, within the last 12 months, we could have nattered about the little adventure that the bidding for the Qatar Metro projects had been, how and where some of the talents were sourced to somehow spend the seemingly unlimited budget for this project that was ‘all but in the bag’.

We really could have chatted for hours,  maybe trace the enviable rise of one of your talented employees from a humble package manager to a PD via a couple of doomed projects with handling fees probably reaching millions of Dirhams – a large chunk of it directly from your pocket. A lot of money lost to blatant arrogance, even for minor shareholders.
Maybe the fact that the major shareholder was publicly non-rattled kept your rose-tinted glasses in place.
Could you have eliminated something important there: For Leighton, Hochtief even the Spanish, this game is still mostly about money.
The ones to lose the most are you and Mr Sadiq and your families’ reputation.

But, unfortunately – we were not destined to meet.
Even now it might not be too late do it, but this time the invitation needs to come from your side,. 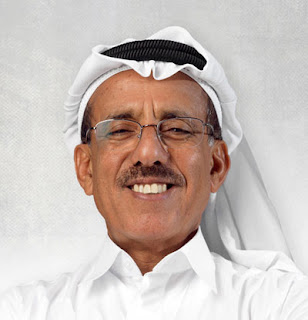