We lived in the UAE for 3 years. In the land of fast cars, wide roads and cheap petrol we drove leased Mitsubishi Lancers. One of the first rentals was a 1300 model on its last legs, could hardly make the one and only rise on the road from work to home.
Yet, we did not mind it.
The Mitsubishi Dealership and Diamondlease the company we dealt with were owned by the Habtoor (family) Group. We supported them with our small little business and in turn they kept HLG, the company I worked for afloat.
A win-win situation.

Shortly after arriving to Gammon a couple of months ago, I had the official induction day, where the ownership structure of the company was duly explained. I did a bit of homework on it afterwards as well and discovered that one of the parent companies of Gammon, Jardines also owned (operated?) the Wellcome supermarket chain.
So, when my teenage daughters arrived on the 7th of August, by then fully enrolled into their new schools and looking forward to a couple of years of living in Hong Kong, I explained to them, that just as we supported ‘sister’ companies in UAE we will do this here too.
Could they please make sure that they purchase all their groceries at the Wellcome supermarkets. We support Jardines, Jardines supports Gammon, Gammon supports us. Everyone wins.

Now, my girls have been brought up to be a bit wary of large, multi-national corporations and markets where quasi competition masks large monopolies, after all, we lived in New Zealand for quite a while before leaving for the ME and Asia.
But they also have been taught of strong family values and the importance of big words like ‘trust’ and ‘integrity’.

So, these two teenagers cannot be faulted for assuming that two sister companies (Gammon and Wellcome) would share the same values. If Gammon says ‘trust us, we work with integrity when we hire/fire our staff and act accordingly’, then consequently when Wellcome says ‘fresh meat’ that claim should be taken as true too.
So, no problem for them – Wellcome is the shop of choice. Every dollar they spend there is a dollar that will help Gammon keep on being a successful and innovative company.

Now forward the time ahead 11 days. (edited and corrected from 18)
Their mother is fired and Wellcome is no longer welcome to be shopped in.
Every dollar (of the few remaining ones we have) they spend there is now indirectly helping those within Gammon that are working overtime to cover up for a mess they created and get us out from here.

As a parent with much longer experience than I have, you’d think that Jardines would be more successful in aligning their ‘children’s’ behaviour as to avoid one compromise the credibility of another.

I might not be alone with the view that if they can tolerate one child-company acting in contradiction to their advertised values then maybe the others will be too?
Like, will the meat really be fresh when it is claimed to be?

It is not easy to be a parent. 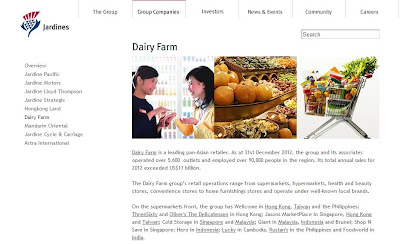 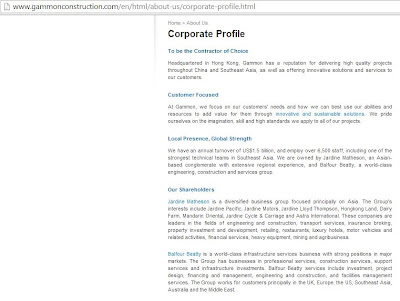 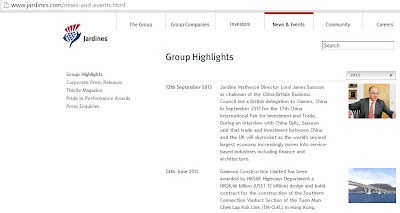