Zolna Murray of Murray Murray Associates, an Independent Forensic BIM Consultancy alleges that the Australian Leighton Group through its subsidiary HLG and the internationally active, UK originating  Balfour Beatty via its Hong Kong based company Gammon, violated a code of conduct of ‘basic decency and playing honestly’ in the AEC industry, by their negligent and careless use of the word ‘integrity’ within their logos/and or published ‘values’.

Ms Murray believes the two giants will readily pay the $ 1M US tax for this violation, especially knowing that the full amount will be used as the seed funding for Murray Murray Associates.
With these funds in place, the company will be focusing on establishing a line of agencies throughout the industry that will provide useful, independent, holistic advice to the clients of the previously named companies, also others that wish to test the limits of their and similar companies’ arrogance through mediation/arbitration or other court processes.

On the list of Ms Murray’s potential clients are the likes of Sheikh Faisal Bin Qassim Al Thani, Chairman of Al Faisal Holding in Qatar, The Abu Dhabi Company for Onshore Operations (ADCO) and the shareholders of the Abu Dhabi Islamic Bank as well as some distinguished Hong Kong based companies such as the MTRC, The Wharf (Holdings) Limited and numerous government departments.

To the question of what if the companies targeted by this tax refuse to pay up, she expresses confidence that a refusal will be an unlikely scenario, as both giants know that the alternatives will hurt much, much, much more. 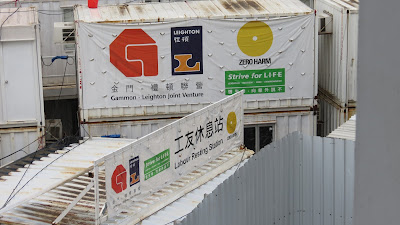