The biggest charity on Earth

Move over Red Cross, Red Crescent, Greenpeace and WWF!
There is a new entity aiming to become the king of the compassionate:
The AEC industry.
Who says that the world is a hostile place, when you have an entire industry committed to preserve a species that was destined to die out some 2 decades ago?
I’m referring here to my ‘favourite’ part of the AEC food-chain: the hands-off architects, designer-, project- and construction managers. Collectively they rule the building-creation industry.
The marker-uppers, the second hand information users, the stay at arms’ length – decision makers, the no-real-responsibility takers.
Far from being an advocate of the ‘rule of the jungle’, or worse even, promote hard-hearted policies that disadvantage the already disadvantaged, I observe with amazement this phenomenon of an industry shooting itself in the foot.
There was a famous economist (his name escapes me as I write this) that got into trouble because he questioned the campaign to protect the Panda as a species.
In a very good argument he contrasted the Panda’s lack of ability to survive/thrive with the qualities of the domestic cat.
Non-critical, self-protection of a profession is not a new thing, both the legal and medical fraternity can lecture us all on how to do it well.
To ignore the rules of both evolution and revolution seem to be unique to the AEC. 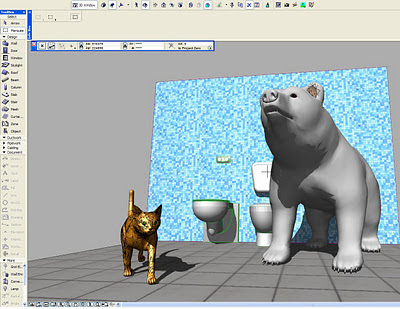