The clandestine practice of consultants modelling for tender documentation...

For more than a decade I’ve held the belief that an undeclared game was going on between consultants and contractors that was based on and revolved around ‘drawings for construction’.

It went on a bit like this:
Consultants would prepare drawings to tender.
Thanks to CAD, these drawings would number in the hundreds if not thousands for even modest buildings.
The contractor would price with a superficial look over the documents.
(no way could all those sheets be properly assessed).
Once a contract was won and building had started, both sides would comb through the said documents looking for ammunition to gain advantage over the other side.
The contractor would search for discrepancies and excuses for variations, the consultant for proofs that the buildings were properly designed.
Sometime one party won, other times, the other.

Owners lost either way, of course, but owners did not care too much as long as the ‘building bubble’ delivered the numbers at the bottom of the sheet.
Still, it was equilibrium of a sort – with everyone having a chance of landing the jack-pot.

Then, a slight shift happened.
Consultants started using modelling to prepare tender documentation.
Relatively low key, nowhere near the full-blown BIM, but going far enough to ensure that their own vulnerability was dramatically reduced.
Most contractors missed this shift and got caught unaware.
No surprises there. 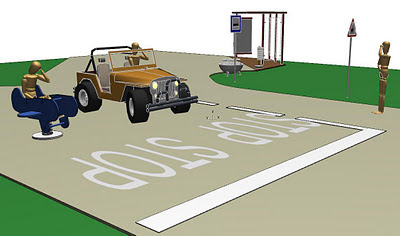