$aving with BIM (‘What is this BIM of yours going to save for us?’)

This is a question I get asked often.
One day, when I’m in a very bad mood, I’ll answer with:
‘It may $ave your butt yet, if you’re clever enough to jump on it in time!’

Wise-cracks aside, it is a legitimate question of course, and I would welcome it with open arms if it was raised after the questioner had put some effort into understanding what was involved in this ‘BIM of mine’.
I’d probably even concede to the unlikely opponent that presented me with a counter-argument that proved his Flat-CAD system could tick the same boxes as ‘my BIM’ while incurring a much lower cost.
I definitely would, with pleasure even, as it would also mean I could finally have an intelligent conversation on the subject.

Instead, I operate daily in environments where ‘modelling for interpretation’ is considered to be a dirty concept.
Creating a reference model as a navigation aid capable to link thousands of documents to, aimed for hundreds of people to be working with daily for years is looked at as an ‘unnecessary luxury’.
Getting highly qualified engineers do their own Word-document editing when writing reports is received as a hostile attack, ‘I would not go there if I was you’.

‘What is this BIM of yours going to save for us?’
I’ll tell you when you’re ready for it! 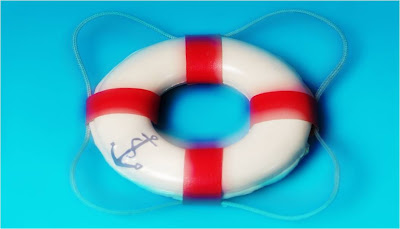