“A stretched out policeman”...

...is what a ‘speed bump’ was called in the place I grew up in, and no, this was not to mock the force-in-blue (google: lezeci policajac) – the term is still officially used by traffic planners, product suppliers, people on the street, maybe even the force.
I keep returning to traffic analogies as I try to work out some real-life BIM strategies. This could be due to me spending a significant time on the roads driving to and from work, but also because there are so many obvious similarities between issues that the traffic/road-planners have resolved reasonably well while we, making AEC projects a reality, seem to be continuously struggling with.
Here are the 5 areas of management where BIM could (should) be learning from traffic and road designers, operators and specialists:
POINT ONE:
Dealing with the clever users and the ones that think they’re are clever but are not. (the highly educated and the illiterate; the knowledgeable and the smart-alec; the clowns and the overcautious;)
POINT TWO:
Dealing with the regular users as well as the out-of-townies (the ones that speak the official language and the ones that do not)
POINT THREE:
Dealing with the quite young and the pretty old as well the technologically advanced and the low techs.
POINT FOUR:
Dealing with routines and emergencies.
POINT FIVE:
Keeping people more or less safe. 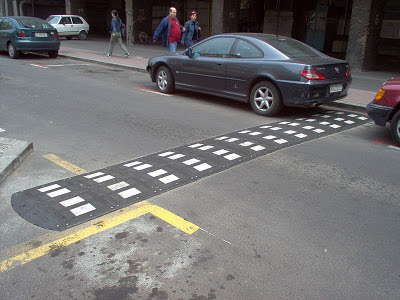