Hi Zolna, in my opinion, real problem in our industry (and not only in GCC) is that "bidding below the cost" in reality is not below the cost. It is wide spread unethical way to get the job at the cost acceptable to the client and as a result consciously delivering substandard service (product) after. Companies or professionals with basic ethics have no chance in this.

Wrote my friend Kristof, in response to my previous post on the topic of ‘bidding below cost’ in AEC. Kristof is a good chap, a highly valued and very experienced MEP engineer.
His view is very reasonable and the statement fairly accurate.
It also reflects the perception of many of those with similar ethics like Kristof’s on how truly rotten the AEC is.

Let me paraphrase it: on most AEC projects, there is a ‘Price acceptable to the client’ that is then matched by someone prepared to deliver ‘something for it’, no matter how realistic that expectation was at the first place.
If it was ‘below cost’ then consequently the provider would either lose money or give a substandard service. No other alternative outcomes.

Following the logic of the first being unsustainable in the long run for anyone doing it and the latter resulting  in so much shoddy work that clients will be forced to return to ‘quality’, and become again prepared to pay more for it, will lead us back to the theory my bosses had (have).

There IS however a third possibility:
That some providers will figure out ways to offer an acceptable service that matched their client’s expectations and still prosper as a business.

Whether they would progress by using technology better, source cheap labour globally or shape project parameters unscrupulously for self-interest, in the long run, it is likely for it to become an ‘ethically acceptable’ way of doing things.

If you think this is a sad prospect, look at your shoes:
When did you last purchase a pair that could be truly said to have been created ‘ethically’?
A fair price to the maker and the seller too?
Or, when did you last think about what happened to all those local shoe factories that went bust because they could not move their factories to cheaper areas?
Let alone those small scale manufacturers/traders that industrialisation of shoemaking had shut down one stage earlier?

Due to various factors working favourably for it, the AEC industry had been able to dodge the need to really reinvent itself over the last 50 or so years. But, times ARE changing.

Well implemented BIM offers an ethical way of improving operational performance for players currently operating in the AEC market.
It is a petty that so few of them really recognise this. 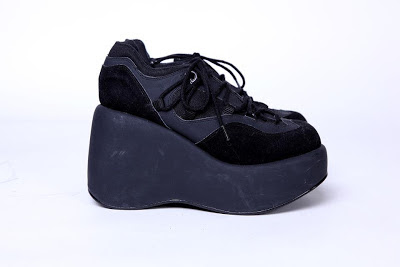