Oh, not me! Not quite, yet!
But as I watch redundancy envelopes being opened around me in desperation, I throw a tantrum or two...
as they kick my best guy out – (an honest mistake – I’m told, reinstated after a hysterical shouting episode...)
... I keep wondering...
It is not the same for a BIM-mer to look for a new job, as it is for an architect, for example. Is it?
Yes, it is easier in a way, BIM-mers are ‘doers’ – can earn their keep even in the toughest of times, while architects.... well, some architects also can.

But an architect, if he gets a new job, needs only to prove his- (or OK, her)-selves– own capabilities in the new place.
Same goes for an engineer, a CAD-die, a construction manager, QS, almost anyone working in the AEC.

No such luck is afforded for jobless and newly re-employed BIM-mers.
All the goodwill you built up in your previous job, is gone, once they show you the door.
No matter how many people you enlightened about the different D’s in BIM.
No matter how much you pulled up your bosses knowledge of business benefits of BIM – if needed dragging them by their socks to understand that ‘no software will do nothing by itself’
and how many crappy models you've made pleasingly looking in your current place.
It is very likely that you will have to start totally from scratch in the new position.

Even if they have knowingly brought you into your new place as an ‘experienced BIM guy’, you’ll still have to do your ‘BIM 101’ rookie dance for them:
You’ll have to explain how Revit is not BIM on its own to 300 people.
One by one.
You’ll have to render endless construction sequences, as this is what BIM-mers do.
And ‘clash detect’ – constantly and at the drop of a hat.
Multi-disciplinarily.  With lots of pipes and beams hitting them.
Show cranes and axo sites in company colours, in multi-Ds.
Add soothing music to accompany all animations.

You’ll be cursed for crappy looking shop drawings and incorrect line-weights till you beat someone up.
You’ll be the butt of all office jokes – like, ‘we’ll build the building before you complete your model’ -
until you beat THE Project Director up.
Then, you’ll get disciplined publicly and the new BIM initiative will be dropped because of your bad influence on the others.
You’ll forever devise complicated equations to prove where all the wasted money is hidden by ‘traditionalist’ and how BIM could lift the company out of the doldrums.
You’ll make no new friends.
You’ll miss the first Christmas party, maybe even the second too, it will take an average of 18 months for a company to appreciate what they are getting from a good BIM-mer.
If they ever, of course – otherwise you end up going back to the ‘start’ position.

You’ll dream of ‘change management’ strategies and learn to speak very sloooowly.
You’ll start to wish you were an architect again.
Or a CAD-die, QS or engineer.

Or anything really, that does not have to justify their position and right for existence within an AEC company from scratch, all over again.
Every time a crisis hit.
A crisis that should be crying out for good BIM-mers.
There. No justice for us. A sad state of affairs for BIM. 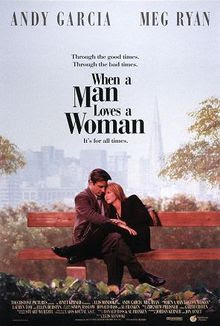