Are you a fan of Little Britain?

You’d know Carol's catchphrase "Computer says no".
I often come across people that believe that the solution to most of the problems of construction is in a yet-to-be invented machine that will turn line drawings produced by building designers into digital 3D+ models for visualisation and planning purposes.
There are people out there now that would invest in such a ‘machine’.
It ‘d be able to have the 1-2000 sheets (that seem to be produced as a minimum for just about any project nowadays) fed in within minutes
(using hardcopies and shredding them up in the process to achieve a dramatic effect).
Following some gurgling, roaring and light- flashing the machine would feed the data into a projector that would then beam the singing-dancing-3D image onto a screen
You may think I am totally loosing it now – but, think again!
We all seem to be so much more prepared to put our hopes in the possible invention of some silly miracle-contraption than facing up to what needs fixing.
What if the machine did exist but also had warning lights that flashed with “garbage in – garbage out”,
and refused to compute the fluff fed into-it?
Would you still carry on producing thousands of mostly useless flatcad originated drawings?
I side with Carol on this one "Computer (should) say no"! 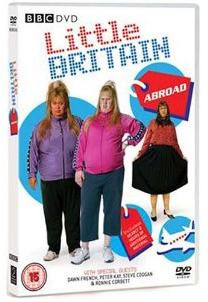 http://www.littlebritainonline.com/
Posted by Zolna Murray at 11:33 AM