An Ode to ArchiCAD…or…can we call it something else?

I’ve never been happy with the name of my (possibly) most essentials of tools. Not even 30 years ago when I first started associating with it, even though at the time both the Arch part and the CAD part were positive terms. Just did not have the right ring.

Sure, names are such subjective things, aren’t they?

And who am I to criticize a name, having burdened one of my children with one that is unpronounceable by most of the population she comes across?

And does it matter that the town I come from and the country I now call home are known as a ‘new something’ rather than have a more distinctive and original label? They still are cool places.

About a year ago GS rebranded its ArchiCAD, its logo turning from a somewhat curvy A to an arch with a point. I can only wonder how much effort, agonizing, brainstorming, and money went into that exercise. So, why not update the name too?

Surely those in the know would by now realize that it is holding the ‘product’ back. And, no it was not right even when the ‘by architects – for architects’ mantra was still working.

Highly likely, that those that may have bravely floated the idea of a new name were advised by experts, that the brand capital of the name is too high to throw away – rebuilding will take decades.

In the industry where all the cool tools are named by zoo animals or have word compositions with no meaning, why not relaunch under something snazzier?

I’d rather be known as an expert in a toolset that requires an additional clarification of ‘you know, used to be called ArchiCAD’ then just … ‘you know, ArchiCAD’.

Revit is better, even if people often mispronounce it. Hell, even Vectorworks rolls better of the tongue.

ArchiCAD just sounds like a snobbier (or more obscure) version of AutoCAD. Eh.

Talking Revit. I came across a software comparison recently. Check it out, link at the end of this post.

Sure, speed is not everything, but I'd rather drive a slow car and a fast software then the other way around.

People say, it must be biased, hey, it was organized by GS.

C’mon clarify that: by GS from Denmark. They went way out of their way to make it an even playing field. Danes are like that.

I don’t really need any scientific comparison. I turn both on daily. But while I’m happy to drive a second-hand Jap-car to roll into work, I hate waiting for a Joe-average model to even open on my computer when using Revit.

Yes, I know my computer is not that powerful, but does run multiple, above average ArchiCAD models simultaneously.

In a month or so, GS will likely launch its newest version of AC. Which really is a bore.

Sure, I understand the business strategy behind it, and the keeping up with the Autodesk Joneses game of justifying the subs, but why not just change the name instead this time?

It was almost 2 decades ago that I was briefly employed by a GS associated company.

I badgered them about the ArchiCAD name, even then.

Chance of it happening in the next 5 years? 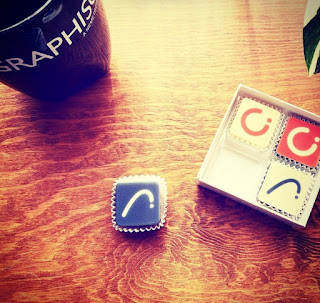