BIM and the ‘age’ thing: When is one too old to get into BIM?

This is a topic that most people with some investment in BIM like to avoid, yet it naughtily pops up on many official and unofficial BIM related forums.
Those faced with the question tend to fall into 3 groups.
The non-committing ‘PC part’ will mumble successful BIM studying will depend on the person and their willingness to learn new things, not their age.
The second group, of braver ones  will likely come up with examples of people well into their forties, fifties and even sixties picking up BIM tools from scratch and using them daily. Someone from this (significantly smaller than the first) group will offer themselves as the living proof of a BIM enthusiast of a mature age that had come into the field late in life.
The third group is the smallest, one that encompasses those prepared to face up to the ‘fact’ that to start learning BIM from over 30 is difficult, if not impossible for most people.

BIMmers (with vested interests) like to get the question a bit muddier by not specifying what exactly do they mean under ‘learning BIM from scratch’ – and bundle here those experts that acquired large amounts of theoretical knowledge of BIM in the later stages of their careers. Admittedly this manoeuvre had afforded many a ticket for the lately fashionable BIM band-wagon but for me, this phenomenon is a proof for exactly the opposite theory.
Namely that, because it IS so difficult to acquire a new language (and BIM is fundamentally that) later in life, the roost CAN be ruled by so many old-pretenders unchallenged.
Add to this situation the extremely sluggish development of the field of the last 2 decades and you’ll lose another generation of challengers to the fact that the ‘clever 30 somethings’ of nowadays will find even the supposed advanced tools to be ‘so yesterday’ and leave instead.

I subscribe to the theory of the few that liken BIM to a language and new languages are uneasy to learn passed our twenties. Professional linguists and others learned in the science of anatomy and skills of communication can probably reason why this is the case, (or not) my proof is in thirty plus years of fairly nomadic life lived amongst many languages and meeting many people of all ages forced to learn a new language for survival or at least ability to fit in.
I met the occasional exception, talented individuals able to jump from one language into another, layer dialects in single conversations like fine pancakes over one another, pick up new exotic languages with ease.
Me on the other hand, an example of a person of average linguistic abilities cannot.
While even very close to being 50 years old, I can still juggle reasonably well simultaneously 3 (very different) languages. When I earnestly set out to learn the basics of Arabic a number of years ago and Cantonese last year I struggled majorly. What I memorised one day was forgotten the next, if not within minutes.
My father, who is one of the cleverest people I’ve ever known, had the same problem when he came to live with us in New Zealand. Well into his seventies yet bright as a button he enrolled into numerous English courses and gave up after about the third try. There was no lack of motivation or will power. He just could not progress with it.

So, if truly there is an age limit to people’s ability to pick up a new language, where does that leave the promoters of BIM that have an aging industry with very low BIM fluency amongst those aged 30+?
Should it carry on with a current strategy of developing the doers (the young ones) and the thinkers (the old ones)? And take on the risk that the two fragments of the industry drift apart even further, the doers not knowing what the thinkers do (supposedly ‘know’) and vice versa?
What about eager ‘doers’ keen to jump into strategizing roles and learning  that the ones already there are theoretical thinkers with no clue of what is happening at the other end?
Will they get discouraged, leave the industry and rebel?
Stage an industrial revolution reclaiming the industry for those that innovate (think) by doing first?
I doubt it. As exciting such a prospect could be, I do not see it happening in the near future.
The stronghold of those that are ruling is tight.
Those that should (or could be) be giving the tools into the revolutionaries’ hands are weak, pampering to the current rulers. They also underwrite the theory that successful strategies can be built up on purely theoretical (and at that, mostly unproven) knowledge without ever having done the ‘doing’.
Writing BIM plans without speaking any BIM language is like creating a language immersion strategy without being fluent in it.
No, it is worse actually, but let me leave this idea for some future musings. 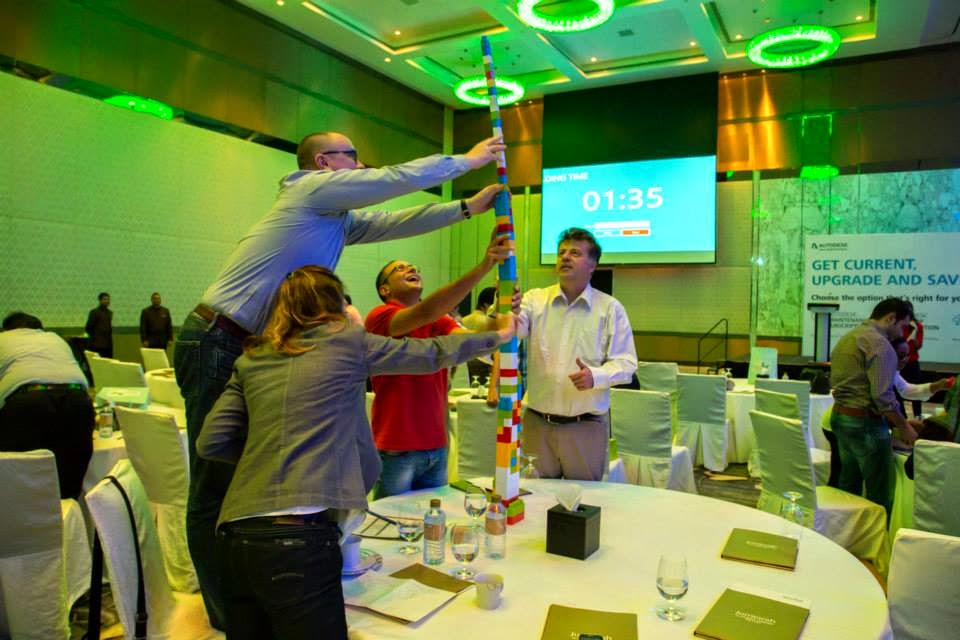