Why is selling BIM so hard? (an unnecessarily long blog-post)

It is not the ‘idea’ of BIM that is hard to sell, but the ‘making it’ happen part.
Just like the way people get easily enthused into the suggestion of one day owning the ‘perfect body’, the concept of high-tech BIM is quite alluring.
Yet, the full approach is hard to have people to buy into.
Comparable the path to that never- to achieve, magical waist-line, the road to a ‘working BIM’ is long, tedious, mostly up-hill.

Things would be a bit easier, if we all did not have to pretend.
If the sellers of BIM solutions could go out to the AEC industry and say: “you 3 parties have been conning one-another for two decades using certain weapons. Most of those had become ineffective. How about looking into our new arsenal on offer?”

For various and fairly obvious reasons, this approach to product-placement is not undertaken by most that DO try to sell BIM related tools and services.
Instead, they keep on parading weak and illusive reasons for why their potential clients should make fundamental changes to their long-established work methods.
Like ‘improve productivity’, ‘enhance transparency’, ‘find the obscure pipe that will likely hit your beam before the collision happens’…etc…

This line of attack is possibly even worse than trying to get someone embark on losing 20 kg’s of weight by saying that there is a bit of flab around their elbows.
Or asking someone else to learn to speak Mandarin (fluently) because they may be asked directions in that language from tourists one day.

Telling them instead that they’re obese?
Or that soon enough most businesses will be owned by the Chinese?
Calling a spade a spade?
Not in this industry, and I know why they can’t do it.

How could  BIM service-providers possibly promote services that ‘identify and quantify shoddiness within consultants’ documents’ to building owners without basing their arguments on those being ‘shoddy’ in the first place? Risk getting forever cut off any work coming from the consultant sector?
Or could BIM software dealers really target the same consultants with their wares by saying their tools can effectively hide the lack of (almost any) construction skills by those that prepare IFC documents?
Telling your clients that you know they are pretty weak in their core activities and you can help them get away with it, may not be the best door-opener. In the AEC, anyway.
The finance sector on the other side… I digress…

Those that hope, that by tricking owners into mandating BIM would mean an easy road into nudging the industry to practice more BIM, may be in for a bit of a surprise, as well.
They may presume that building owners have the highest investment in the AEC game, but a careful examination of the last 2 decades of the industry’s workings will show up, that in the ‘3 way arm-twisting’ game the building owners do not always end up footing the (proportionately) highest bill.

Unfortunately, not even when the building owners are large public bodies, i.e. governments.
The crazy ‘marry go-around’ of the building creation industry most of the time has been oiled by the small traders, mum-and-dad house owners and would be serial landlords. The same ones that keep on putting governments in place that are too scared to change unsustainable AEC conditions because of the small-time pundits are still hoping to finally land the big price.

Selling anything that will bring transparency or highlight any of the unsaid facts of such a game is hard.
Selling clash-detection of ‘yet to be built pipes and beams’ is so much easier.
Long time for BIM to get anywhere yet! Long live the AEC in denial! 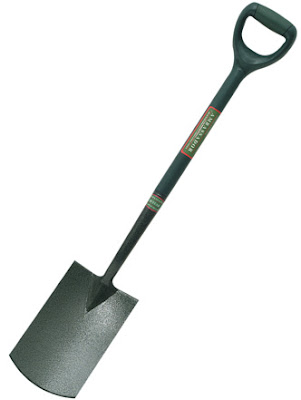