Last week I went to an Autodesk Event.
No need to be telling me to ‘eat my words up’ and recalling my history of Revit-bashing on this blog.
Just because I do not enjoy modeling with Revit, I can keep an eye on what is happening in the industry, especially while the authors of my tool of choice are merrily basking in their achievements having ‘invented’ the ‘Year of the stair’.

It also helps when the event is free and comes with a dinner, though I had paid for a hotel room to stay overnight, committed to keep the local economy in some sort of equilibrium.
While lapping up the free Christmas atmosphere of one of the better venues of downtown Abu Dhabi, I was introduced to the ‘Next Generation BIM 360 Platform’ of Autodesk, designed to connect the Entire construction process into a seamless ‘something’.

There is nothing wrong with the concept.  Nor is it terribly new.
What is interesting is, how Autodesk is once again focusing on the ‘Information’ as opposed to ‘Model Based Information’.
Combined that with their new licensing model and I can almost deduct that they have given up on BIM, altogether.

Not that anyone is admitting to be doing this, of course -  hardly one sentence of the presenter was uttered without the favorite acronym in it, but the doom signs for BIM were ‘on the wall’.

In a way, I cannot even really blame them for the move.
Autodesk figured out (finally) something that so many can’t.
There are zillions of people employed within the global AEC industry, yet only a tiny fraction uses ANYTHING digital specific to the industry, let alone any form of a moderately sophisticated BIM.

So why bother trying to sell and further the development of this complex, difficult to understand, even harder to use multi-dimensional system, when they can go back to the basics and leverage their market monopoly to snatch away the good ‘cash-flow cow’ of the market, that of storing and sharing basic information.
Mostly 2D or text based and PDF formatted.

This Autodesk Platform offers everything under one banner, cloud storage, easy accessibility, one-point control, automated task tracking, intelligent reporting etc. etc.
It also gives the perfect excuse for the introduction of a per/seat licensing that touches many more bottoms that any of the authoring software licenses ever had, even in the hay-days of the Flat-CAD, AutoCAD of the late eighties and throughout the ninetees.

Indeed, this is the case of Autodesk realizing that the true bread and butter of the industry is based on doing large projects and clipping the ticket on shifting mountains of 2D documents around, with a bit of 3D thrown in for keeping up appearances.
And BIM is going on the back seat big time.

This is the case of Autodesk biting in the pie currently shared between Microsoft, Aconex and a conglomerate of smaller document management systems on the market.

Unless I missed something, the business model is based on charging each user on the project accessing the cloud based information, no matter on the type of information or the tool used to access (or author/edit) it.
So, the more users and the less sophisticated they are, the better off Autodesk is.
(Please correct me if I am wrong).

And it kind of gets worse.
For those that feel uneasy about the new model and select to stick with status quo, they will be limited to use the software for the current version only and forever. No backwards – no forward compatibility.
A reasonable ‘stick’ from the software supplier for the naughty users?

Not sure.
With virtual Monopoly come responsibilities.
And, one of those would be to treat the industry with a bit more honesty.
To have come out transparently saying that they entered this part of the market to generate more income for R&D, for say increasing the critical mass of BIM users would have gone down much better. 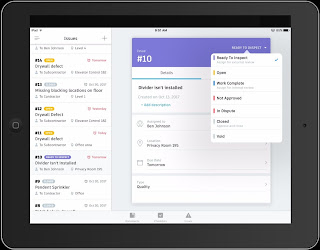 Bram Lyng Andersen Most companies make highly annoying "tough management decisions" (the quotes are for sarcasm), at some point the group and power of the people making these decisions gets larger than the group of people that are actually inventing/believing/working. It seems AD have hit this wall years ago. Problem is success is money and money attracts management types/sharks :)

This is a very interesting statement Bram, and I wish to expand on it:

First: You are absolutely right, this is a significant problem that soaks through the entire industry. I actually see (what you mention to be ‘larger’) to be ‘much larger’ – i.e. the difference  between the  numbers of ‘hands-off, decision-makers’ and ‘hands-on, dowers’ is HUGE and weighted strongly in favor of the first group.
Not only because, they are by default in the decision making seats and call the shots, but also because, they rely on ‘advisors’, almost as hands-off and indoctrinated as themselves, to back up those decisions. These ‘advisors’ are made up of the promoters/sellers of the tools, but also masses of in-house engineers, middle-managers, team leaders, coordinators…etc..,
who due to their hand-off-ness will naturally support whatever direction will least compromise their own positions.

Second: Not sue that ‘AD have hit this wall years ago’ – or if they have, I think they actually managed to ‘use it’ pretty well in the past.
Give me any reluctant entity, faced with the need to make a call on where to go (2D, 3D …XD) and it will go Autodesk way.
After all, it is the biggest, best and Americanest.
Could just about be a slogan, ‘if in doubt, use Autodesk’.

Third: let me quote Marek’s comment:
Marek Sopel: BIM in itself is not a goal of any commercial activity. And why should it be?
From software vendors perspective there is no significant difference what product they sell, but what they make on it. All of businesses (including education business) involved in BIM are here for profits (even if sometimes they fail - note, you can look at Autodesk attempts to introduce BIM software since early 90s as a streak of failures. Still it can be promoted as a huge success in the end because the profits are being made);

Autodesk have ALWAYS been on the back-foot in developing and getting things to the market, from their very first 3D packages (in the eighties) then back to 2D (in the nineties, AutoCAD on DOS) then their own VR-quasi BIM (late nineties,- anyone remembers Architectural Desktop?)…then the hastily bought and rehashed Revit etc. etc.
They failed and failed but managed to make those failures look like successes.
Meanwhile, they totally missed to notice the achievements of Aconex and others paddling centralized, 2D focused document-systems over the last 1.5 decades and I contribute this to Autodesk’s lack of true understanding of the market, or worse even, INTEREST in the market, which is quite bizarre, considering how many companies worldwide are still purely AutoCAD users.
Finally, some clever dude with AD has recognized this and convinced the company to jump onto the bandwagon. Sure, maybe a good move, but is this innovation? No.

Jason Mounteer Information has always been the key to BIM. Why shouldn't they focus on it? Modeled shapes help many people, but not all of them.
The information that model conveys is more important. I can get better data from a well-executed 2d AutoCAD Architecture-based CAD set than I can from a poorly-executed Revit set.
Communication and data presentation is what plan sets and specs are ALL about.

Jason Mounteer Additionally, I agree with the sentiment expressed by many, many, many of my clients and former colleagues: we ARE still in a 2d world.

Architects & Engineers must still deliver that 2d data in the form of plan sets. We are a long way from municipalities and smaller subcontractors being able to get their hands on the models and pull information from them intelligently.

Plan reviews are on paper. Estimating is done on PDF or Paper by these smaller, less tech-savvy subs. Customers/ Clients/ Owners still have back-end processes based on paper or (maybe) PDF output. We're still producing those "flat" files as regular order of business.

Autodesk is behind the curve here in providing project managers methods to facilitate these workflows and get a handle on all this 2d information. Doc manager is a step in the right direction. Still a little behind its competition but catching-u

Jason, I read through your comments numerous times and while each sentence makes some sense – altogether I am not sure what are you intending to promote here.

The second comment is easier to address, as you seem to be more straight forward.
Still, the statement, that ‘we are still in a 2d world’ I can be interpret in two ways:
(one), yes, we are and proud of it, let’s forget all the attempts we (as an industry) had made to get out of it, and focus purely on workflows and tools to facilitate 2D,
or
(two), we aren’t overly happy with this state we are in, but kind-of don’t really know what to do about it so we pretend to be ‘in a transitional state to a full XD’.

My perception is, that the industry constantly (regularly) toggles between those two attitudes and by doing so, confuses the hell out of everybody.

Autodesk, never been particularly good at leadership (in spite of the fact they think they are) has been swinging in regular intervals over decades –
this latest, via the pushing of BIM360 is a swing to the ‘don’t really know what to do about it’ – direction with the underlining recognition that, others seem to know little as well, yet are making quite a bit of money of 2D (i.e. the more mature online document management systems do) – so why would Autodesk miss out on that piece of the pie.

Sure, they are calling it ‘BIM-something’, in case the pendulum swings to the other way in the near future – then, they can switch back and carry on fiddling with, and paddling on, the half-baked BIM solutions they produced so far.

‘I can get better data from a well-executed 2d AutoCAD Architecture-based CAD set than I can from a poorly-executed Revit set. ‘

While the above may be true, means absolutely nothing for the industry as a whole.
I.e. sure, I still know a number of extremely competent architects that design/document and detail buildings in their heads and with pencils on sketch paper and do this much better than a hundred of carefully selected Revit power-users can, but they will not get the industry out of the whole it is in.

Not only because my extremely competent, ‘old school’ architects re small in numbers and will likely soon die out and ‘well-executed 2d AutoCAD Architecture-based CAD sets’ in reality are just as exceptional (especially on large projects) and require the same type of knowledge and skills that my ‘extremely competent old school architects’ have, but because the industry is in trouble not, because it is doing 2D or 3D, good or bad.

It seems to be relying on companies like Autodesk to provide them with ‘checks and balances’ when it comes to how information is created and managed (it should not be doing so but it does) and Autodesk could not care less to do so. (note again my previous statement: ‘With Monopoly come responsibilities’).

Don’t know if you are getting the idea, but it is hard to respond in a cohesive matter to statements that cover multiple facets of the industry, like the people, tools, approaches and somewhere down the line the manipulative moves of Autodesk where my post started from.
Posted by Zolna Murray at 7:01 AM