Cops and robbers in AEC, has anybody seen a Watch dog?

If the game is ‘cops and robbers’, there have to be some bad guys.

Unlike in the children's game of hiding and chasing, in which the participants pretend to be police and criminals – and almost universally everyone wants to be the good guy, the AEC industry’s version of it is the exact opposite.

There are really no cops in the AEC game to speak of.
Historically the role used to be that of the architect, next the project managers claimed it, more recently the practitioners of BIM technologies.
Unfortunately all have fallen from every type of a watchdog role. There has been compromise, corruption; independence has gone, integrity too.

I’m not saying everyone working in the AEC is bad - I never have and never will.
Just, that the ones that make the rules have lost the plot and it is no longer fun to play the game even for those that do have the means to get into it (i.e. savvy AEC clients);

So, when Graham and I set up MMA, what we had in mind was the kernel of the ‘good guys agency’ of the global AEC, a private company with two objectives, to tell things as they are for those that ask for true advice within the AEC and are prepared to pay for it and to provide a spring board for talented, smart, experienced, capable people in the industry to do a fulfilling job well and advance their careers.

No, we are not talking about a non-profit organisation.
This is to be a proper, robust business and will fight the current players on their own turf, playing by their rules but with much better weapons.
How are we going to fund this company?
Well, we were going to grow it organically saving up slowly from other employment.
Unfortunately, that was not to be, so instead we decided to raise the funds from two unlikely sources.
One is a somewhat unusual IPO – watch this space for details to be published over the next couple of days.
The other will be the establishing of an ‘industry-guilt-tax’ we will be collecting to provide the seed money.
A couple of large global players are in the queue to be the first to contribute and we will unveil them this week. 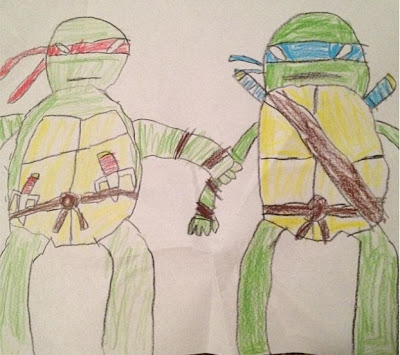 (picture drawn by my Nephew Boki)
Posted by Zolna Murray at 10:25 PM