The first 5 ‘shares’ of MMA have been sold! Hold on AEC! We might yet save you…

Well, that is the good news.
The register will be updated as soon as I have the code names for the proud new owners.

There is bad news too, unfortunately.
My dear acquaintances – but for some reason reluctant -to become my business partners, Mr Hamish Tyrwhitt and Mr Thomas Ho, both gentlemen esteemed leaders of AEC companies have as good as rejected another very reasonable offer of mine to tidy up some loose ends left by severing our relationships so all of us could get on with our jobs of building a better world.
The full and entirely one sided conversation is copied here:

Seeing your two names here side by side is a bit unnerving, I have to confess. Those readers of this letter that do not know the full story could be even forgiven for thinking that I somehow and purposefully orchestrated a simultaneous and vicious attack on two distinguished leaders of the industry.

As hard it is to believe it, for years I’ve been minding my own business, trying to make a living while being a good engineer and the two of you just happened to get in the way of that humble goal.
Get in the way and stay in the way.

Addressing the two of you separately and jointly, gives me a bit of a bittersweet ‘dear diary’ experience – a one way outpouring of emotions, since both of you have been remarkably restrained in responding to me directly.
This could be due to taking someone’s advice ‘not to negotiate with the terrorist’ or maybe you just are too busy with more important work.
Can there be anything more important than one’s ‘integrity’?

You can’t really accuse me of being inpatient. It has been about 2 years since I first contacted you Mr Hamish about the millions that were leaking from the company you were partially heading due to the mismanagement of a half a dozen UAE projects I personally knew well.
Maybe you wish now, Mr Hamish that you could turn the clock back and instead of the token meeting set up with the clueless financial guy that spoke softly to me, bought an orange juice and carried on his own merry way, you actually did investigate what I was alleging then and maybe even clean up a mess or two.
Mind you, in that case you could not show Mr Thomas that the gloomy futures I predicted 2 years ago for those projects are now the sad reality – and maybe stop him falling into the same trap as a decent JV partner would have.

The speculation that either of you is considering  to be in any danger from my past/present/future actions is of course just that, a speculation – you could be resting easy as according to the latest signs coming from those carefully observing my current behaviour-/state of mind – I’ve definitely reached a stage of panic, by appealing to the wider industry and hoping to raise funds to carry on fighting this fight that we all know has been decided long ago.

Let’s get real though! A thousand ‘shares’ set at a 100 US?
Who better than you two gentlemen to vouch for the fact that it is almost totally impossible to raise out of the blue from general AEC-associated public enough money to survive even one month here in Honk Kong, a vivacious yet pretty pricy city Mr Thomas and his mates had lured me into?

No, even in my wildest dreams had I truly expected this part of the strategy to extend my life in the ‘ring’ – I just wanted to give all of those people, many I know personally, currently silent spectators, sitting on the fence, a bit of action.
An opportunity to feel part of this story, a story that everyone knows will end up in tears.
As silly or naïve it sounds, I wanted them to have a bit of a ‘feel good moment’, God knows you and your peers give them plenty of sad hours in their everyday working lives.

Costly or not Hong Kong is where we live now.
We committed to it when we moved the two teenage daughters out of their schools, the husband out of his job and put our household items onto the containership in Abu Dhabi.
This commitment was further sealed when we signed a 14+ month long lease supported by a letter from the company saying I was gainfully employed there and implying that the landlord will have no difficulty collecting the rent for it.
Gammon is after all a big name in this town, I doubt if he saw any warning sign in the fact that the letter only said that I had started working there 2 and a bit months ago. Everyone knows that many people have been working in Gammon for 20 + years, quite a few over 30. They would not bring someone over from the other side of the world and encourage into a 30K/month apartment just to fire the person a couple of days later? Or would they?

Few people that walk the streets of Hong Kong daily can miss the banners of excellence, safety and integrity plastered around every other construction site that Gammon is active on.
Why would this landlord miss it or guess that the ‘integrity’ slogan is just that and has a very limited real application when it comes to this company?

Dear Mr Thomas and Mr Hamish, I’m sure you both are well aware how unhappy I have been by your careless use of this word. I’m also certain you know that I offered you a token fee to pay to be temporarily forgiven for this indiscretion.
I’m sad to say, that in spite of my bank account being very publicly available, the funds have so far failed to reach me.
Yet another million lost irretrievably in the bellies of the monster twins?

As a great team building exercise and as the heads of these two companies you two must personally follow up this case and ensure payment is made, let’s say within the next 48 hours, counting from the time when I post this letter to you two.

Let me offer you a little incentive this time!
You stick to your part of the deal (as per above) and I’ll commit to the following:
1/ For the next 12 months, I will not pursue (initiate) to work for the clients of HLG on the ADIB, ADCO Qusahwira and Al Bustan projects, nor will I make any public comments about these 3 projects;
2/ I will not publicly discuss the circumstances of my hiring and firing to the role of the ‘Head of Innovation’ by Gammon. I will not pressure the Balfour Beatty Ethics Committee to investigate this matter; (unless they choose to do so, where I can’t stop them);
3/ I will not taunt you two gentlemen for the next 12 months in my blog or other publications.

The above offer is by no means a blank ‘gag order’ imposed on or accepted by me.
I’m offering you 12 months to clean up your companies related to some of the hottest and possibly most damaging subjects.
On the others, the game stays live. 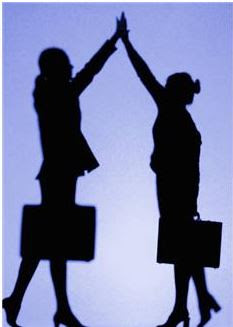