….and none good enough for you! – my 15 year old scrolls through the email messages on my phone. She loses interest in the masses of school originated notices following the job-ads and leaves, not risking hanging around long enough for me to explain, that the type of BIM jobs I’m after rarely exist let alone get advertised.
Companies that look for ‘BIMDraughtsman’ aren’t just carelessly using an oxymoron – but are centuries from understanding the career paths they should be providing for BIM-attuned professionals.

In the absence of any such career-road-maps a bright BIM-mer nowadays universally/globally can start of as a ‘REVITcumCADOperator’ then maybe become a BIM modeller, grow into a coordinator and reach the height of his/her career as a BIM Manager (or a ‘Snr ‘one if s/he gets really good at it and learns to bite his/her tongue at critical times); Voting for the company’s official BIM software also helps;

Serious, strategic BIM-based management roles weren't on offer when I first set Predefine up some 5 years ago in New Zealand, so I made my own.
When we lost everything on that little adventure and accepted the failure I still hoped that the problem of under-appreciation of well-rounded BIMmers was just a NZ problem and went on a global job search.

Early after moving to the Middle East in 2010 I found some good people, their thinking appeared to be in synch with mine…and one thing led to another to culminate with me joining  HLG 2.5 years ago as their BIM Manager.
Unfortunately, in spite the promising start that role never had the chance to develop into something meaningful  partially due to the untimely side-lining of my then manager that actually saw the value of what I was doing.

And just to prove that some people stay forever dreamers, earlier this year I got  tricked into believing that there was still at least one company working within this industry that was mature enough to create the dream role; After all, they named the role ‘Head of Innovation’.

So, I applied for the job and duly got interviewed for it.
The bubble burst almost immediately for me – these guys had no idea what they were talking about;
So, I queried  the reputable HR agent handling the case about the position of the role, and when he confirmed the org chart I asked him to pull my application back (direct quote here, spelling mistakes included):

The position of the role within the company’s org chart is critical for me.
Please pull-back my application for this job. The two gentlemen I talked to, do not need/want (deserve) a person of my caliber.
You may be able to offer someone much more suitable for them still, as they were going to make their decision in 2 weeks’ time;
I wish you success.
For some tips for recruiting in the senior/strategic field of BIM– check my blog today;
http://debunkthebim.blogspot.com/2013/02/who-is-qualified-to-selecthire.html

How and why did I still end up accepting their job-offer and moved to Hong Kong at a high personal cost just to be fired within 84 days is a question any reasonable person should ask;

If you are cheering for Gammon in this game or HLG whom I left just as bitter you may say that was because I was desperate for the job.

Well, let me remind you of the calibre of people hiring for BIM jobs and their ability to assess the candidates for the roles they do not understand themselves? And the plenitude of BIM-mandated projects on the market; QRail rings a bell?
At the time, I could have walked into at least 5 different highly paid ‘pretend’ BIM jobs.

I did not want to do another pretend BIM job ever again, so when Gammon showed their real colours and kicked me out, I had no choice but to create ‘the real-BIM’ job for me.
So, MMA was born. 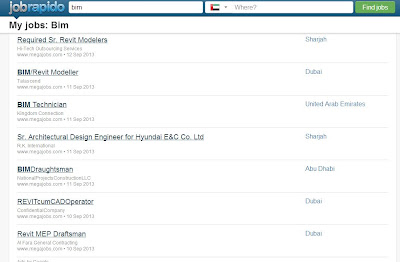