‘Was driving to work this morning when a red-convertible past on my right side.
Not an unusual sight in the 5-laner I frequent regularly, if anything, his speed for moderate.
Having passed me, he slung across 3 lanes, swirled around 2 white-bullets hurtling independently in the middle lanes then gently slalomed to the outer track.
‘What a clown!’ – Graham would say, but he isn’t in the car today – so I continue following the red one’s journey ahead of me without the burden of husband’s commentary.
The red makes two letter S-es before disappearing from my vision, inching past a large truck and narrowly avoiding two minibuses travelling in tandem.
‘He keeps himself awake’ – my verdict, and the red one is gone...
To increase own alertness, I redesign the highway.
The 3 fast lanes become centrally managed for the 80+ km-es of clear drive between the two cities. As cars join up, they have the ability to carry on self-driving in the 2 slow lanes, or relinquish control to an auto pilot and join the fast lanes.
The auto-control keeps them moving at a steady pace, around the 180 km/hr speed and densely packed.
Shortly before their destination the controlled cars disengage, return to the slower lanes and their journey continues in a ‘traditional way’.
Can I use this idea as part of a BIM strategy? 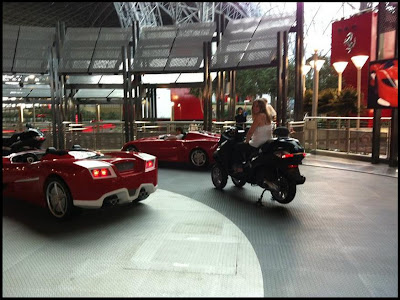