Open BIM? Are we living on the same planet? Working in the same (AEC) industry?

Really, get real!
AEC is an industry that en-masse fights tooth-and-nail the release of any type of digital file to another party.
Archicad and Tekla are old enough to know this.
Yet, they act like naive children.
If they were participating in a warfare-exhibition, they’d be bringing little peace-flowers as their offerings.
While this could be considered provocative and/or cute, it is unlikely to impress the heavyweights shopping for the latest and greatest in weaponry.

I consider myself to be a peace-loving person.
Still, enough war-history has brushed over my family even in one century to be able to distinguish a ‘tool’ from a ‘weapon’.
But this ‘open BIM’ thing is neither, just a ‘let’s play nicely together’ ploy.
And it is not going to work.

Adding to injury is basing ‘open BIM on IFC’.
I sure have tried using IFC time after time. Have ended up with twisted columns, disappearing slabs.
Indeed, in my last experiment when I compared an IFC export from a relatively simple Revit file with a file resulted from a two-stepped-translation (Revit-DWF-3DS), the second file was significantly closer to the original.
Yes, it was a totally ‘washed out’ file, no intelligence, but give me dumb any time if I can be sure that the geometry will be fine, as opposed to ‘false smart’ with columns twisting this way and that. 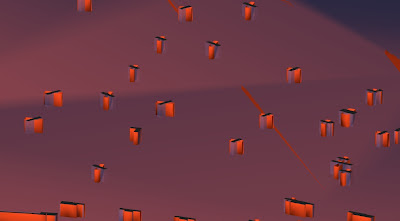