I get these often, 1-3 every month, on average.
Requests to participate in BIM-related surveys.

The people involved are generally nice-enough; politely ask for mere 10 minutes of my time.
Ten minutes are not a big deal for me; I frequently squander much larger chunks of-my time on activities that bring dubious benefits to the people around me, let alone the entire BIM community...

Still, most of the times, I decline the opportunity to participate.
I have my reasons. Two, at least:
·       The first one is my strong-held belief, that BIM is not a ‘science’ that has a shortcut to-it, you’ve got to earn your stripes by doing the hard-work in a related, ‘real’ field.
And over quite a long period of time.
Not that one should not start on BIM early, absolutely must, straight from kindergarten – but not as a career, rather a means, to an end.
·        The second reason of mine is highly subjective too, based on some bad experience:
I do not trust BIM-surveys!
Far too often the results of these ‘honest investigations’ become ‘instant validations’ to questionable claims, bases used to build on theories with wobbly foundations.

I may be letting down the BIM-industry through my refusal to be BIM - surveyed – so be it.
Let the future be the judge. 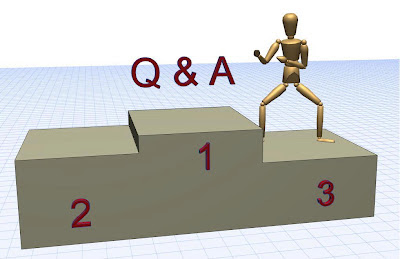