How do you expose BIM Bluffers?

Easy. Almost anyone that mentions “BIM” and “clash detection” in the same sentence and early in a conversation, is most likely bluffing. Not, that there is anything wrong with the idea of digitally identifying potential clashes between spatial elements; We all can get incited into this, quite unrealistic idea of construction information of unbuilt buildings fed into a machine that analyses data and spits out potential clashes;
The fundamental reason that this concept is unrealistic, is the lack of information integrity in construction.
Never during design and construction is it likely to have in hand a package that fully defines and documents a  building.
And in those rare occasions when this does happen the ‘clash detection’ exercise is pointless anyway, as it is almost certain that the designer/documenter that has fully documented the building has already resolved all the potential clashes as well.
So, be weary of parties selling anything that is based on “clash detection” either a service or software.
So, am I not a fan of clash detection? Actually, I am  - but not the ‘press the button’ and the clashes will be revealed type, but the one that within digital environment supports and enforces information integrity and honesty allowing potential spatial interferences to be identified before they become costly mistakes on site.
Sample available to download. 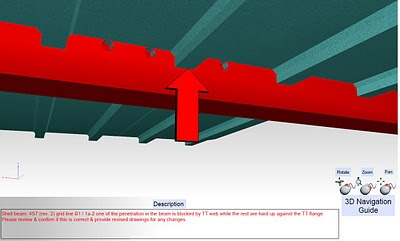 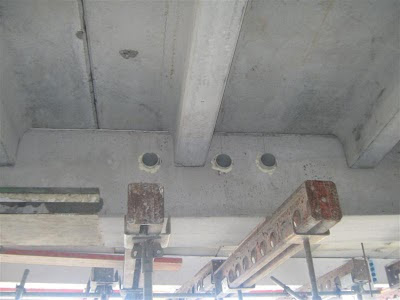 https://docs.google.com/leaf?id=0B4GF8MRLb0DAODE3MjY3MmItMzc3My00YjE4LWJmMjktYzFiMzdlNDMwZTJk&hl=en_GB&authkey=CPPLoNYL
Posted by Zolna Murray at 9:05 AM