I received a message recently, noting that I had become ‘top contributor’ in the BIM Experts Group on LinkedIn. As much as the label pleases, it is a bit strange, since most time I write to this forum or any other BIM related one, I tend to be questioning the views of the majority of globally active BIM-enthusiast or even worst, quickly get classified as ‘a troll’ because my comments are seen as discouraging if not downright negative and damaging to the future of the industry.

As much as I’d love to share the enthusiasm of those that believe ‘BIM is getting there globally’ (led by the UK or whoever else..) – slowly but surely, I’ll close off another year spent working hard in this field with the view, that BIM (as promoted still) is doomed and will fail sooner or later, unless the industry changes the fundamentals of its modus operandi.
And, I am not referring here to the ‘paradigm’ changes that BIM evangelist like to talk about that involve armies of change agents, champions and missionaries.

My view is that, until the industry becomes such that entities (people, companies) are truly and consistently judged by their results and are made accountable for them, BIM is just going to stay an expensive appendage to projects, a pretend improvement on processes, a perceived tax to pay to stay in certain parts of the market (refer to mandated BIM) a career path or a way to make a quick buck for a few BIM-wave riders;

Still, what gives me hope at the end of another year, that even though there are few and spread apart thinly, globally, there are others that get my point too.

If you want to see one obvious example, go and (re)watch Danny Ocean’s – Ocean Thirteen;
It shows multiples of very good and relevant examples of how the AEC and its participants operate in almost any environment (both the BIM infected and the ones that are not) and I may yet do a serious write-up on those one day.

For today, let me just quote a discussion between Al Pacino’s character Willy Bank and a member of the construction crew working on his project:

“I don't want the labor pains.
I just want the baby.” 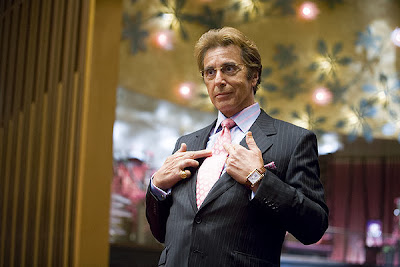