….or why the UK Government’s custodians of its mandatory-BIM implementation (set to start in 2016) should be doing more proactive pocking around the world’s other mandated BIM projects already under way….

“The honeymoon is over!”
You often hear it said for AEC projects, time-wise somewhere about 1/5th into the project.
Or a bit sooner, or a bit later, depending on the myriad of different factors that make every AEC project unique.
But on almost any construction project carried out around the world, the somewhat forced optimism of new beginnings will eventually turn into the ‘first variation/change order’ and the ‘first disagreement’ over the scope, time, workmanship or anything, really.
There also almost always is someone on the project team to officially mark this event as the ‘honeymoon is over’ point, if for no other reason but to be able to say ‘I told you so’, later.

When it comes to the UK Government’s mandating of BIM on their public projects starting in 2016, we will have to wait for this point for a while.
Due to clever and long term planning, they have not even entered the ‘honey-moon’ stage as such, sticking to the same line of clichés, they would barely be halfway through the engagement period.

Was this intentional or just a happy coincidence?
Set ‘the engagement period’ at a pretty long time like reluctant lovers happy with their current status or ones that like to enjoy the feeling of getting there but not quite being there with all of the responsibilities of needing to make it fully work?

Is this the case of setting aside enough time to get someone career off the ground, allow others to make it into retirement on a high note before reality hits or just stretching the time for someone else to get through the teething problems?

I have previously aired my views on the ‘soon to come’ mandatory BIM for public projects in the UK exercise.
And while many ‘in the know’ jumped quickly to crush my attempt to start a meaningful discussion, some tiny sparkles of interest in a bit more scrutiny of this ambitious undertaking flashed up here and there.

A year ago, as part of one of my own academic task-sets I had made an attempt to research deep enough for an objective picture of the ‘why-s’ of such a big decision behind the UK government to form and was going to carry on with the ‘how-s’ afterwards.

Contrary to accusations I collected  in response to this attempt, I was not just in ‘to knock it down’ but was genuinely interested if a group of presumably more experienced and clever people (than I am) would come up with answers to questions that have nagged at me for decades.

Would mandating BIM on anything, anywhere make a real difference to its effectiveness, would it truly lead to a ‘better’ industry, would the benefits really land in the ‘right’ hands (the taxpayer in this instance) – would it evolve into a decent approach beyond the marketing cloud of proprietary tools it now is?

Needless to re-state, I did not get very far with the officials in charge of the project, requests for some ‘hard data’ on what the likely outcomes of the approach will be, were answered with speculative theories, (by now decades old) BIM-fluff, often bordering on ‘wishful thinking’ and outright ‘mother knows best’ attitude.

What could have put an end to any further questioning from my side (and some more directly impacted parties, like the UK taxpayer) would have been the presentation of some facts gained through true lessons learned from mega projects currently going on around the world driven by similar ideas of BIM use.

Let me again name 3 construction projects that by now have had at least 12 months of steady ‘mandated BIM’ applied to them:

Admittedly, these projects regularly pop-up in global BIM conferences ‘pretty pictures’ parts of the proceedings – but what is missing is a genuine, on-going scrutiny that would truly enlighten the global industry if its assumptions are indeed valid for large scale mandatory BIM implementation.

I’m not talking big industrial secrets revealed to wide audiences, not suggesting free access to confidential financial assessments but a meaningful and as much as possible dispassionate commentary that encourages those that have concerns about the ‘accepted theories’ to air them publicly.
Many other industries manage to share knowledge globally that goes beyond the fluff, so why not the AEC?

The excuse, that these projects are far from the UK and of different scale does not wash at all in current times, when all the projects I listed have some form if not quite significant UK-originated participation to them, be that in advisory or execution roles.

Was it not Balfour Beatty that recently announced that their Power Transmission Gulf (PTG) part of Balfour Beatty's U.A.E. based joint venture BK Gulf LLC had been awarded a £58.4 million joint venture contract to carry out Mechanical Engineering services on the new Abu Dhabi International Airport Midfield Terminal Building (MTB)?

So, here I see a great opportunity for the UK-BIM steering committee to collect some hard data by closely following how BB is dealing with a fully mandated BIM project.
Another of BB’s subsidiaries in Hong Kong is heavily involved on a number of big BIM projects, one I mentioned above. Could they report on how that one is going?

As an added happy coincidence, it is worth noting that Andrew McNaughton, Chief Executive of Balfour Beatty plc, had not that long ago been appointed by HM Government to be a Business Ambassador promoting the British infrastructure capabilities to an international audience. (from BB source)

What better opportunity for this ambassador to serve his country, the company that employs him and the global AEC but to exercise his diplomacy and act as a connection for real life case-studies to be made available to the UK taxpayers?
It could be a priceless gift to their representatives and possibly the peace of mind of working with a real-iconic UK company, with such outstanding leadership and pedigree to validate their theories.
I’m certain that the UK citizens on whose behalf (big) money is being spent, en masse will be delighted to have a bit of scrutiny done before they launch into the big thing themselves and may just learn a thing or two about one of their golden contractors on the way.

Even ‘very long engagements’ tend to come to an end at some point. 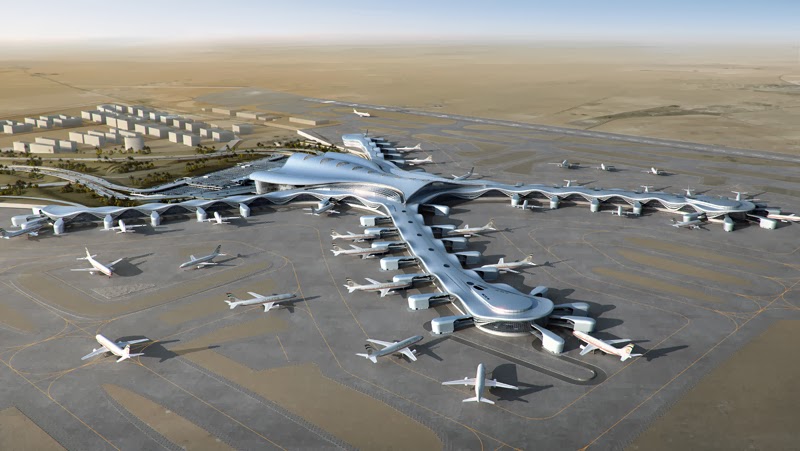 
http://www.balfourbeatty.com/index.asp?pageid=26&newsid=524
Posted by Zolna Murray at 1:20 AM