Aussie_BIM vs the UK_BIM, AKA the global BIM leaders (When and why had Graphisoft given up on their Australian ArchiCAD users?)

It all started with a nice little coincidence:
Last week, due to having some free time to roam the earth between two jobs (the future one yet to be fully defined) and having not seen my eldest daughter for 2 years, I visited her in Melbourne, where she now lives and works.
Parallel to this little personal event, a BIM author I’ve previously critiqued on my blog for representing the UK BIM as unjustly superior to the rest of the world had published a new writing, this time with the following title:
“UK professionals are seen as world leaders in BIM adoption but now we must let the Australians tackle BIM challenges their way” (ref 1)

I will not jump-in ‘wholesale’ to defend the development and status of BIM in Australia, I have not the qualification, relevant experience nor specific data to do so, but would definitely expect some heavy-weights from ‘the country of dangerous creatures ‘to seriously challenge this writing.
Let me just mention a few basic points that come to mind:
·         For example the work of prof Mark Burry: he moved to Melbourne in the mid 1990s – by then a visible and globally respected BIM figure.
(the author, Mr Peter Barker – according to his LinkedIn page – (ref 2), was working as an Architectural Technician on the other end of the world at this time, maybe that fact can be used as a mitigating factor for him missing out on any of prof Burry’s work, though Gaudi’s Sagrada  (ref 3) – one of is his ‘real’ projects, is remarkably close to where Mr Barker lived and worked and has been/still is a forever cool subject in the Architectural fraternity)
·         On the other end of the spectrum, even the (from my angle seen as) notorious buildingSMART chapter in Australia can comfortable claim to have been active since 1994 (it was called something else in those times) (ref 4) with its chair (forever) Mr John Mitchell promoting various ideological forms of BIM ever since I’ve been BIM-ing myself, and that is getting close to 2 decades.

But, even if the academia and the various industry organisations select to stay quiet and accept to be labelled ‘BIM-backward’ by the UK experts, what about Graphisoft and other software suppliers active in the region?

See, once upon a time, some decade or so ago – BIM (or VC) and Graphisoft (with ArchiCAD) were doing very well in Australia (and New Zealand)!

In 2004 as an employee of the NZ distributer of the software, I personally organised a string of extremely well attended seminars held by David Sutherland, the director of FKA, (ref 05) designers of the Eureka Tower in Melbourne (ref 05) and celebrated power-users of ArchiCAD.

So successful was Mr Sutherland in selling the concept of BIM (or VC) to the architects of NZ that even after many years had passed I was repeatedly told by the director of the competing software company (AutoDesk) that these seminars were the turning point for many of his clients to step up from 2D to 3D.
In 2004 David Sutherland was talking not only about the technology and its use in their Australian and globally operating business but also how it reformed the way his company worked, how they become more productive and better hands-on as designers.
FKA was not the only cutting edge BIM company that pushed the boundaries of BIM using ArchiCAD in Australia in the early 2000s – Rice Daubney, Woods Bagot and others did too.

My point is, Graphisoft and ArchiCAD were doing OK in OZ then.
Making progress. getting somewhere.
Their results were well beyond what Mr ‘Know It All UK BIM Expert’ would give them credit for now, even a decade ago, based on the tone of his lecture in the print.

Yet, Graphisoft had lost that battle, not just judging by my personal failure to land a simple ArchiCAD trainer role in Melbourne (ref 06, embarrassing, I know - my application did not even get acknowledged!) but also by Woods Bagot being all but Autodesk's poster boy these days.

My husband just pointed out that the original article can only get accessed by registered users;
This little quote from the same will hopefully make those reluctant to go that far intrigued (annoyed) enough to do so:

“Therefore the nation that surfs the waves on a white board, braves the rip tides, four metre great whites, and swarms of stinging jellyfish and comes back for more, can easily overcome the initial steps in BIM.
Australians love UK soccer, let’s ensure they love our UK BIM.” 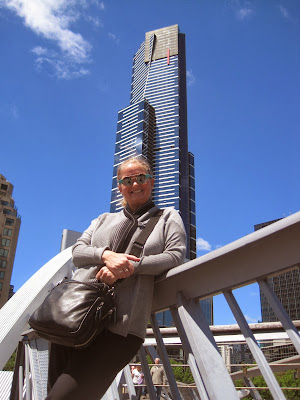