Blog-post number 500! The truth is (almost) always in the numbers….

There was a special topic I had been saving up for this nice ‘round number’ as a gesture of goodwill of providing some globally interesting ‘food for thought’ for the steadily increasing group of my blog-readers, instead of posting another one of my usual self-centred servings of whinging;

It was to be a follow-up to the ‘Secret Google magic will save the global AEC’ story from a week or two ago and it was going to be titled something along the line of:

‘Take a page out of Gehry’s book Google, and then learn something out of it…’

See, there is something really nice in sharing this personal milestone of 500 blog-posts with 2 famous entities.
Frank Gehry, the architect and I go back a long way.
Not that he would be able to tell me from a bar of soap;
Google on the other hand knows more about me than my husband and mother jointly do, and that is quite an achievement, in itself.

In preparation for the story I even made a trip to the first Gehry designed residential building in Hong Kong before leaving the city a week or so ago. (see pictures);

But then, again my pathetic little survival game interfered with the celebration plans and I decided to dedicate this special number to another special topic and put up (yet another) challenge for the wider audience.

Faithful readers will remember that not that long ago, I had a whirlwind affair with a well-known entity. (Gammon Construction in Hong Kong);
The affair ended in tears, (mine) when I got kicked out because I alleged some wrong doing by some pretty high-level people within the company. That is my story anyway, the company denies this.

I accepted the job with the named company in the first place partly due to its big-named parents, so I thought that at least the ‘family’ will look into what is happening in this case I would have classified as a typical case of ‘whistle blowing’.
But no, after repeated begging of both sides to investigate, still no progress.

My latest request asking them to at least release what their policies are for such cases has been left un-responded to, too;
(my email request quoted here)

Dear all,
Could you please ASAP send me a copy of your company’s (Gammon, Balfour Beatty and Jardines) official ‘whistle blower protection policy’ and any associated procedures that may be in place to enforce such policy?
If you are not able to do this personally, please provide me with the legal department’s contacts that can.
I’d appreciate receiving these 3 documents by the end of today.
Regards,
Zolna Murray

So, this brought to mind the thought that begs belief.
Could these three companies, individually and jointly not have such policies in place at all?
Remember, these are not small companies!
The number of people they employ according to their own and other websites are close to 300,000 people.
That is a lot of people, almost like the joint population of Wellington and Christchurch in New Zealand.
Even my beloved Novi Sad’s (in Serbia) population is below this.

Would that many people, working in at least 80 countries (as per BB’s claim) have really no protection any time that any ‘standard employee’ put their hand up and says:
‘Hey Mr Company there is something really fishy going on here, it may cost you a lot of money in the future, can you please look into it?’
Or is this just a Gammon privilege to have its big parents close their eyes to such lack of action discretely?

So, here is my challenge:
I invite anyone from the named companies to write to me (zolna.murray@gmail.com) and send me their own experiences of these companies’ whistleblowing policies in action.
Or at least copies of such documents if they really exist. (full confidentiality, totally assured)
Once I can clarify if my case is really a unique one, I’ll reward everyone that had been reading any of my 500 or so blog post and still comes back to them with the promised Gehry/Google story.
Or maybe even earlier if it takes too long to get that data together. 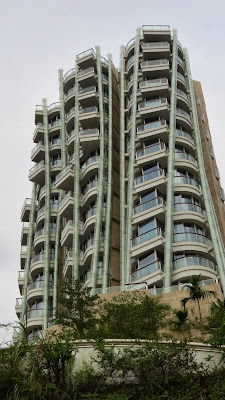 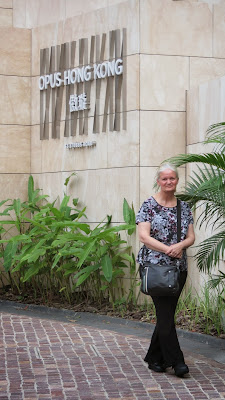