There truly is no other industry in the world as bad as the AEC industry.

And the latest ‘Leighton scandal’ is another proof for this. Whatever way I look at it, it is a ‘fishy story’. Not because of what it reveals but because of all the things it does not.
A ‘pretend investigation’ that does not even scratches the surface.
And you wonder, why?

Why re-heat some old ‘corruption’ stories that at best sit on the fence of ‘is it corruption or is it just paying local fees/taxes to get a job?’ yet leave real, quantifiable cases of blatant misuse of shareholders’ money untouched, no matter how black-and-white the evidence of wrongdoing is?

Why not get a serious look into what this ‘culture of largesse’ means in reality? A set of conditions where those that are in the ‘Hamish circle’ can do no wrong and millions lost on a job under their helm will award them a new post somewhere exotic with an even bigger bucket of money to squander?

Many headlines talk of ‘analysts struggling to quantify damage’ - of course they are, they have no idea just how wide and deep the damages are;
If they ever knew how to do investigative journalism that skill has been long lost in their chummily and matey dealings with exactly the same Leighton boys, no matter if it was Sydney, Hong Kong, Dubai or Qatar.

When I read the annual reports, year after year on why and how the ME-arm of Leightons, under the management of HLG was losing huge amounts of money, I thought we were back in the times of the second world word where a simple message would travel for months from one end of the world to the other often distorted by the end, rather than the 2010-s when a journo could hop on an Emirates plane in Sydney and be in Dubai in 16 hours and interview those guys directly about what really was going on,  where theshare-holder’s moneys really went?

They could have, God forbid, talked to those ‘Arab legacy clients’ often cited in the annual returns (what a word for them) a surprisingly civilised  bunch they would have found, people that like their projects finished on time and on budget.
How unreasonable from them to expect this from the talented globe-trotting Hamish crew that have some other priorities to look after and few skills to keep a company afloat in a real market?

Trust me, this latest Fairfax ‘bust’ on Leighton is just another scam, covering up something much bigger;
Or, prove me wrong, send some real journalist into the Middle East; Interview people like Elias Zraicat, Khalil Mansour, Rob Johnstone, Jeremy Truebridge and Dale Burtenshaw. Trace their backgrounds, if needed talk to their primary teachers, find patterns, identify trends…
Do something real for once!

And as for your New Zealand counterparts, I’ve also checked: no news re Leighton’s ‘scandals’ in neither Stuff nor NZ Herald. 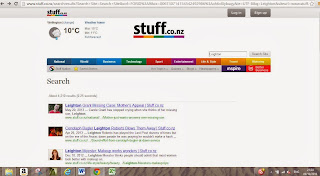 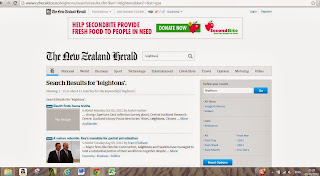