Our cat stretched out on the ceiling...

...or rarely anything is the way it appears at the first sight...
I caught the cat on camera lying by the deck-door and amused myself for a while, after having down-loaded the picture to the laptop.
...He is stretched out on the floor...or is he lying on a skylight?
Maybe stuck to a stripy ceiling covering?
Simultaneously to rotating the cat-on-the-mat (digitally) round-and-round, I have been researching software that can convert PDFs to DWGs.
A depressing process this turned out to be, not due to the lack of applications available, more because the exercise made me think more about the way we share information in AEC projects.
The industry has been doggedly-loyal to the misguided belief that some sort-of-risk management is being exercised when CAD files are not issued out. (talking Flatcad here, not models!).
Instead we get PDFs.
Consequently, our guys are constantly crying out for converters.
There is no shortage of them on market. From dubious freebees to sophisticated applications there is something for anyone wanting to reverse-engineer PDF drawings into vectorial files or doctor other raster-images, scans and pictures.
Most leave me cold; despite of the marketing-fluff they come wrapped-in.
They should be called ‘reverters’ instead!
Don’t you wish sometimes that you were a cat?
No furry-scans to be needed to make digital sense from... and they can jump really high too! 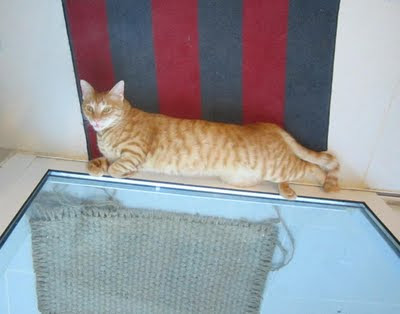