It’s better than what it used to be.
Fewer rogue elements are left floating in space after conversions, storey-settings come through OK, so do most walls, slabs, doors and windows.
On the downside though, even a relatively small file still converts into thousands of objects.
Topographical meshes, stairs, curtain-walls turn into objects, parametrical and with some intelligence retained, nonetheless with very limited ability to do modelling work with or around them.
Based on this one can deduct, that at least 3 groups of specimens that work as ‘tools’ in one program will only function as objects in another when imported as IFCs.
Should this be a worry?
Not necessarily. It is quite reasonable to have a complicated terrain-model created by one party inserted into another’s file as a relatively dumb object.
Similarly a stair and/or a curtain wall.
The problem I see is where elements that belong to multiple parties are at stake.
Like...
...most building elements. A bit like the column I wrote about previously, the column that was simultaneously everyone’s and no-one’s.
This issue is not insurmountable; there are numerous ways to move forward.
Step one however is to accept that building elements are a bit like children, belong to many people, all wanting to put their stamps on them...
... and they are people in their own right and owned by no-one! 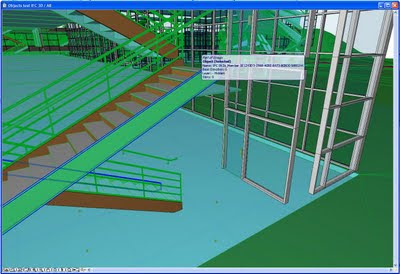