This must be the most brutally honest, yet logical BIM strategy you’d have the chance ever to read!

At least, I hope so.

It is not written for those, mildly committed to BIM, with their toes only just dipped into the BIM waters, feeling it out cautiously, yet ingesting with gusto and without healthy cynicism the axioms of BIM flavored roadshows that include word combinations like ‘BIM helped us with’ or ‘BIM was very useful for’.

This post is written for those that have, one way or other, really ‘walked the BIM walk’ by putting significant money, time or effort, or God’ forbid, all three into ‘making a real BIM work’.

I know, there are many of you out there – reading my blog, occasionally getting in touch – having your own doubts about mainstream BIM theories, yourselves pushing the official BIM carts with a lot of unvoiced, yet festering questions. Is this ever going to really take off? Is this ever really going to make a difference (against backroom deals at government levels in construction of almost any country)? Am I (you) really not pouring money and energy down the drain while others that know this to be a dead end road and can’t be bothered mastering it, just laugh it off?

When I talk brutal honesty, I truly mean it: in this blog, I will outline to you, that BIM, for it to be worthwhile (almost) of any money, it must be fully involving, has to be ‘all or nothing’!

There are certain improvements in one’s- or one’s business’ life that can be done gradually and fruits will be reached, healthier eating, more exercising, quitting smoking, being more productive in doing daily business.

BIM, really is none of those.

I have two examples to explain, why BIM must be everything, or nothing.

Firstly: BIM is like an old communist parade. Some people had the luck (or opposite) to grow up in totalitarian systems where for various occasions (usually in the honor of the dictator/leader) massive parades of music and dance were put together including the formation of various monumental pictures and words made by people’s bodies.
There were certain key elements of those parades that had to be met for them to work, regardless of the number of participants (and the numbers went into tens of thousands)
First, everyone had to do what they supposed to do, second, the entire show had to be designed to the lowest denominator (i.e. the capabilities of the lowest link) and third, the thing still had to fit in within the parameters of time and cost allocated for it (both finite).

Trust me, BIM is exactly like this. If you have a few people doing it and a lot just talking about it, there will be no parade to show to anyone.

Secondly: BIM is a language. Either everyone speaks it, or things get lost and any meaningful forward movement becomes impossible. Think United Nations, think Google translator, think you being in a meeting where a part of the room breaks off and starts chatting in an unknown to you language. A couple of people doing BIM is no BIM,

So, remember these two things, and test the ‘BIM’ put in front of you, every time someone claims to have achieved it.

Does it meat those two requirements? If it does not, you are fooling yourself.
Can I prove this theory to be true? Yes. Do I want to? Nope.

I have come out of so many scenarios, time and time again being right, and having earned the right to say ‘I told you so’, that I no longer accept the challenge to prove anything.
Is it ‘the true professional truth’ the way I say it to be?
It is. Believe it, or not, it is absolutely your choice.
So, let’s move on from forever questioning my credentials and clarifying my first statement a bit further: ‘Doing BIM is, all or nothing’ –

What I mean under this statement, is closely related to two things, and how they are set up: a segment of work (within a building creation cycle) and the people involved in it. But at the heart of it all is  simple premise; manage all information in digital environment with NO paper involved,  and if necessary police the latter rigorously.

Both can be tiny – like 5-6 people of a small office and a tiny house extension for the project, or huge, tens of thousands of people designing large infrastructures, cities and building complexes.

But, the operation has to be fully, 'hermetically' closed.
End-to-end (definable) and everybody included. I.e. everything and everyone BIMmed within those borders. Paperless, I say.

While, I indicated at the beginning, that I will not be giving a lot reasons and proofs for my theory (chalk it up to arrogance) I will give you a little set of helpers, thanks to the American judiciary system.

Similarly (and a bit surprisingly) the ‘only possible’ way of growing real BIM’ – is to establish a paperless environment (small – medium or large, company, project or country based)that is FORCED to address these three questions:

Motive: you must choose people that will have to have the motive to stay in the company, country or project, no matter of the hardship they are put under to ‘give birth to a viable BIM (paperless environment of your choosing); They would (or at least should) automatically have the ‘motive’ to make it work, or they will lose their ability to belong to the group they really care to belong to.

Means: do not set them the ‘obligatory means of software, standards and LODs to use’, let them fly free and focus on the motive. (full, enclosed, paperless construction) You will be surprised, what you’ll find at the end of the day, they are capable of achieving without the shackles of the LODs and BS…..

(We’ve had it far too long for software developers to tell us how to do our job!)

And if your surprise is of negative flavor, replace the crew, no matter if we are talking 5 people or an entire sector of construction as with those people you will never get a meaningful BIM. 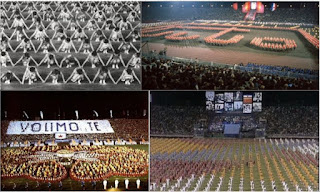