Guess what, when Paperless Construction does happen, it will not be put in place to please you*!

As an aging BIM enthusiast writing on any topic mildly related to BIM and doing it from the standpoint of a self-imposed BIM-abstinence, I tend to offend people on both sides of the BIM fence in roughly equal numbers.

The one topic though they all seem to agree on, is the concept of a ‘Paperless Construction Approach’ to delivering projects.
Both as a means to improve an individual party’s outcome on a project or a road to a universal betterment of the global industry.
Something I believe in and promote from time to time.
Never mind about trying to understand the details of ‘my theories’, nor the reasons I may occasionally present to prove them being viable concepts for achieving ‘certain’ results for ‘certain’ parties under ‘certain’ conditions.

Here is what they do instead: They dismiss it, of course, totally off-hand:

Nah.
Don’t bother with explaining the subtleties of historical trends and nuances of behavioural changes and notions of the whats and whys of other industries having gone down that track…
let me say what “I” (the quintessential construction ‘know it all’)  think about any Paperless Construction Thing (as in a project, site, office, anything):

Not gonna happen. Ever. Paper is here to stay.
Don’t believe me? Look at me now!
Yep, have the best I-phone available on the market, (yeah the one that is a limited version and its glass breaks even faster than any other ones’ before) yet I still do all my work scribbling on post-it-notes.
Yep! Does it stop me being a Project Director on a high profile multi-billion dollar construction project?
Nope. Never has. Never will.

And look: I have a cool laptop too.
It is the slimmest possible version – you can hardly call it three dimensional so slim it is.
And light. And fast. It is so fast I can sometimes forget what I was going to write as it finishes my sentences for me. When I write my reports for the Board.
Yet, do I use it for my business deals in any way?
Nope.

I go to exclusive clubs and meet my equally capable counterparts and we do deals on napkins.
Paper-napkins?
Yep, here is ‘the’ paper for you again. Critical to major deals.
True, the types of establishments we like to frequent rarely have a holder with triangularly folded stacks of paper serviettes on hand, but their ever-helpful personnel is usually quick in slipping us a gold embossed (paper) notebook to scribble on just before we would even consider using our branded pens on their satin tablecloths or napkins.

We make huge deals without even looking at our electronic gadgets, just by a bit of finger work: the counterpart lifts 2 fingers (I want 2 mills for variations) – I raise one. Deal done.
If more detail is needed, there is the faithful notebook to figure it out on.
And we always work with rounded, simple numbers. You want a 2 year extension of time? That will cost you 4 out of 5 of those mega government projects you currently tendering. Or something similar, don’t get too bogged down on the numbers, the idea is to keep it simple….

Other good thing about paper: still quite easy to dispose – scrap it down the rubbish chute with the leftovers of the lobster.

Anyway, satirical musings of these more than real creatures doing more than real deals over more than real pieces of paper aside, the rest of the industry, when quizzed on the topic is unfortunately  just as ignorant and cocky.

When it comes to doing their day-to-day job in a possibly less ‘paper-driven’ – way, God ‘forbid, totally paperless, they are just as staunch in their stand of a ‘never-gonna-happen-thank-goodness’ flavour.

As I indicated in the intro to this post, this IS a topic almost everyone agrees on, from concrete-mixer drivers, through CAD drafters to engineering managers and all the way to the CEO’s of the top shakers and movers of global AEC giants.

They love paper.
So much so, that they always print their plane tickets out in the largely digitally run travel industry. They always press the ‘yes’ button on the ATM’s even though the slips the machine will spit out will end within seconds in the built-in rubbish bin.
They read their emails on their smart phones but print out the critical ones (attachments and all) and file in long (hardly ever again touched) rows of lever-arch boxes.
They plot out thousands of sheets of mindlessly CAD-ded construction drawings to drag over dusty construction sites offering little useful data but making the carriers look purposeful.
“That’s a pretty hefty stack of A0s you have there John!” – “Yep, these are our shop-drawings, our CAD guys worked on them all month and it took us a week just to print them!”
Similarly:
“That’s a pretty nice glossy brochure on the board table Mr (whoever is BB’s or Leighton’s current leader) never mind the huge losses hidden somewhere inside.”

Being an ‘aging professional’ that has probably seen too much of this industry for my own sanity, I know better than try to convince anyone any longer that the concept of Paperless Construction is a good idea.
Done for the right reasons and in the right way.
Not a fantastic notion or vain hope, but a carefully engineered set of artificial barriers put up to force a desired behaviour…
And not necessarily to please the ones doing the work but for the benefit of the clients the same ones are supposed to be serving.

I may write about these ideas in the future, just as I have been in the past, mostly because I can, gives me some sort of a pleasure and fills a gap for those that are sick of the same-same arguments of the industry and want to read something a bit ‘alternative’.
I also wish to make a little mark on the ‘book’ of history for those that will come in the future, reclaim Global Construction and make it smart again.
When they wonder, were we (as an industry ) all really that stupid not to see that the prolonged use of ‘paper’ let the crooks get away with keeping the industry broken for so long, they may find this entry .

* the quintessential construction ‘know it all’ making it big (or even not so big) in the global AEC at the moment. 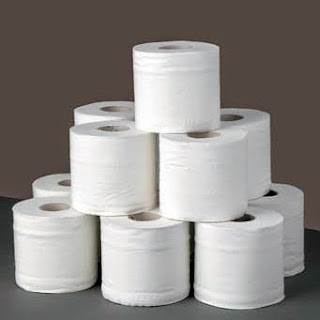