Isn’t someone missing here? (What is my problem with Autodesk?)

I get regular updates through my FB page on how the big event of The Hong Kong Institute of Building Information Modelling (HKIBIM) planned for the 13th of December is shaping up.
See, not long ago I was setting up myself to attempt to become ‘a professional member’ of that organisation – saved some money on the application process by my quick exit from the town and anyhow, was not rating my chances high for passing the ‘bar’ (it was set pretty high!);

Still, the updates on successful sponsorships keep coming, so it looks like it will be quite an event.

There is one organisation visibly missing from the list (as published so far) of corporate sponsors and it is, Autodesk.
If I’m going to be cynical, I’ll predict that they will come in last minute with the overarching ‘super-sponsorship’ (whatever colour of ‘a gem’ that may be) or better still – no sponsorship at all, after all, most of the speakers will be falling over backwards to advertise their products, anyway.
Autodesk has sewn up the HK market. The global AEC too.

What is my problem with Autodesk?
In the end, they are ‘just’ a software provider, successful at what they are doing, why can’t I just let them be.
Their foot soldiers are pretty agreeable people world-wide. I’ve met many, worked with some.
I’ve learned AutoCAD on DOS, in 3D with no mouse in the early 1990s.
I owned professional licences of AutoCAD, Revit, Studio Max for many years.
I had my first training in Revit in 2004 and get around it OK.

My biggest problem is not that Revit is a ‘dog of a software’.
Although, it is.
Even if I consider the vastly superior ArchiCAD and the Bentley/Microstation range, all the more so Tekla and everything Trimble had collected over the last year or two - these tools, all together are still ‘so last century’.

As I do my own soul-searching on when did the AEC and I lose our connection so irrevocably, I go back to those late 80s-early 1990s, when things could go one way or other, not just for me, but AEC digital tool developments – probably not surprisingly in line with world-wide political changes.

3 things I can point to as relevant had their start in those years related to the global/big scale AEC:
1/ tendency to work hands-off was born (I call this large scale illiteracy)
2/ multi-national mega-sized consultancies were starting staking out new territories and were more often than not run by MBA’s as opposed to technically savvy people with some business skills.
3/ information management tool providers (unlike in manual drafting days) got given an unprecedented opening to influence a globally active industry.

The 1980-s AutoCAD was a good product for its time and the AEC industry;
It supported the thinking of the ‘old master builders’, thinking and working in 3D.

By the early nineties though, they stumbled on a much better recipe than pushing AEC into the digital 3D world.
They created the role of the ‘CAD manager’ and hooked them onto their products, or even more importantly the feeling of ‘power’ that these, up-to-that-point mostly average ex-draftsmen could now exercise over both their management and everyone below.
From that point, things were lost for the AEC – like smokers addicted at young age, these foot-soldiers become Autodesk’s slaves and savours for the following 2 decades.
For a while they backed the use of AutoCAD 2D to the hilt, no matter how much damage senseless production of uncoordinated 2D drawings and unthinking CAD people did to the industry, projects, clients.

When the pressure got a bit too much to ‘move with time’, (2 year old kids were playing 3D based computer games) they bought Revit (the business and the product) and have ever since been half-heartedly developing it.

They had various stages of marketing themselves as ‘Solution suppliers’, ‘trusted technology partners’ and whatnot – their loyal CAD managers got upgraded to BIM Managers – often even elevated to be the exclusive  ‘Change agents’ that ruled over highly sophisticated looking  ‘evolutionary or revolutionary‘ change management processes overseen by the ‘masters of the CAD/BIM universe’, Autodesk.
But, they did no good for the industry.

So finally, it is crystal clear for me, what my problem is with Autodesk and to large extents with all of the other current, mainstream AEC information management tool-and-system providers.

Knowingly or just by following the ‘crowds’ they all had become the ‘manipulators’ of the industry, and have a large share of responsibility to carry for why it is in such a bad shape, as it currently is.

There may have been a scantily clad ‘Emperor’ walking the industry when Autodesk first entered the market (in the eighties) and this is by no means their fault that the guy was a bit under-dressed, but over the last 2 decades the Emperor had lost all of its clothes while the Autodesk-machine has weaved the most beautifulness of garments around him and is doing fine from this financial/business/manipulation exercise globally, thank you very much.

Autodesk, as my first love and the biggest of cheaters is my number one disappointment and the one that wears the most of guilt in my mind of being a wicked manipulator.
The rest is not far behind, even though they may argue that the inertia and strength needing to fight the big boys took too much out of them to do anything else.

Sorry, you are all in the same arena and just by fluffing up the hot-air balloon of unrealistic, mostly undeliverable, make-believe, choice-driven, play nicely BIM probably as guilty as Autodesk of manipulating the industry into a corner, I don’t know if it can recover from, any time soon. 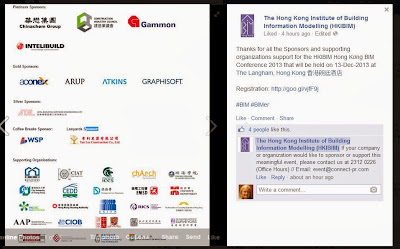