Widespread BIM? Not at any cost!

For a staunch, die-hard BIMmer, I committed the biggest sin there is.
I’ve been publicly criticizing various governments and large AEC-clients on their attempts to encourage wider use of BIM on their projects.

There is one thing to comment unfavourably on a particular BIM software-package or even a service provider. However, it is a totally different ballgame going to the place, where no BIM supporter would ever venture: question the viability of large scale BIM plans.

Even if you alienate a lot of people by condemning some aspect of their favourite toolset, there are plenty of others that will think alike.
However, questioning any aspect of anyone’s attempt to make BIM more mainstream is seen as a major act of sabotage and will leave one (me in this case) totally ‘out in the cold’.

How dare I say anything, when finally…FINALLY… they are ASKING FOR BIM?
In fact, not just asking, DEMANDING, MANDATING!

Can’t I spare a thought for all those first-generation BIM practitioners that have been living in a sort of industry-exile for decades and keep my mouth shut?
Why can’t I just gracefully accept, that success ‘has happened’ and it is time to enjoy the fruits of our long fight for the industry’s acceptance of BIM?

I can’t and I will not.
The current hype around BIM is shallow, uninformed and has a short shelf life.
It is promoted by opportunists that have run out of ideas for easy fixes for the troubled industry.
The stronger they push, the faster the flame will burn out.

Once that happens, these enthusiastic BIM supporters will move onto the next shiny thing to chase, leaving those that have painstakingly built their BIM skills up over time, to pick up the pieces.

Speak up now, or forever hold your peace? 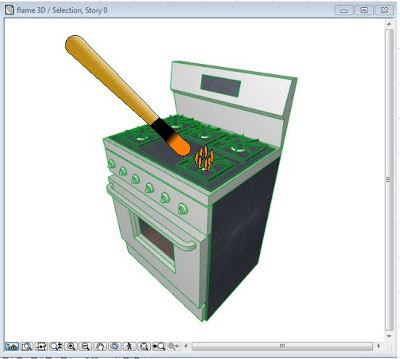