BIM and how the Indians have taken over the corner dairies of New Zealand...

A disclaimer to start-with: I am not a cross-country-migration specialist, nor someone that would encourage – or on the other hand, discourage migration on any scale, small or large. I take no political stance on the issue and no aspiration to feed arguments for or against it.

I have been an immigrant most of my life and have seen over time the significant impact (positive and negative) it had on a country, a region, a large part of the world, but also – and probably even more importantly for my area of interest: on an industry.

Few people in New Zealand under the age of 30 know of dairy owners that are not Indians, first or second generation immigrants. Very few local bakeries are run by people not of Chinese or other Asian-origin.
Rightly or wrongly – the ‘take-over’ has happened, under the noses of the people and in a relatively short timeframe.

When it comes to BIM – and its employment within the AEC industry, ‘expert-migration’ is yet to make any significant impact. The potential nevertheless is there!
Not that anyone is seriously and publically prepared to analyse this ‘opportunity’, typically highly politically and emotionally charged.
That is unfortunate.
The opportunity exists, to source the type of people that will drive the cultural change needed for the approach to flourish – without rocking the boat too much.
Initially, anyway. 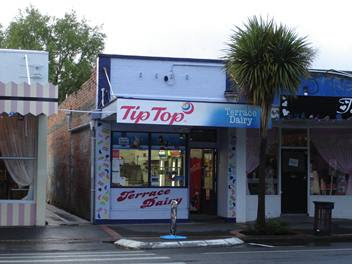