Are BIM promoters guilty of underplaying the extent of self-development required from the ‘average Joe’ building participants to make even a relatively small-scale BIM project work?

There was an election in New Zealand recently and the country again has a woman Prime Minister, a young one too, full of charisma, charm and a promise to ‘make New Zealand a fantastic place (again)!’
I wish her and the country success. I really do. But I also cannot help but note, that what she needs to do is undo 20 or so years of damage and do that through measures that will be unpopular and possibly unacceptable for most of New Zealand Citizens.

So, the likely change in the things that matter (housing, education, health and poverty)? I’d say, very little. This has nothing to do with me being negative, but with people’s general inability to part with own privileges for some common good.

For small things, yes – we will have a home-bake to support this cause or that, we will crowed-fund for some poor sick kids’ surgery overseas, donate to build a Church Hall or School Gymnasium, but accepting (say) to have our own house’s ‘value’ slashed by a third so the property market is more accessible to the masses while locking the speculators out through special Government measures?
No way!

The entry to this blog is meant to set the tone, for another wakeup call in a topic close to my heart, that is the uptake of BIM within the industry and its relation to the chances of BIM exercises to succeed.

For a long time, I have been saying, that the real success of any BIM endeavor is the level of uptake of the people involved on the project.
If BIM is to succeed, it must become the language of the industry.
Any language that is spoken by a minority of those making up an environment, will struggle to make any impact and is likely to die out.
While we have highly capable BIM people across the board, the rest are at best ‘readers’ of the language (if trained to use viewers) but readers do not necessary make good language users as they really lack the depth of full literacy.

For example, if a house is built and the architect (maybe a sole, hands-on operator), other consultants and the builder can all meaningfully read and contribute to a BIM model, the uptake could be considered high.
At the other end of the scale, a huge airport development may have its own BIM department (of say 50 people) but the number of other ‘non- BIM literate’ people on the job will be in the thousands, therefore that percentage of BIM uptake will be significantly lower.

See, BIM can nowadays get introduced to almost any project, if you push the ‘right button’ (mandating, client pressure etc.) and most parties involved will ‘oblige’.
But that does not mean much really, as, as long it is possible both people and companies will try to conform to expectations without doing anything ‘radical’.
Because, ‘radical’ means two things, enhanced level of risk and extra money to spend.
(possibly a lot of it).

People that have spent any time spreading the gospel of BIM, know in their hearts that there is no straightforward way around this. They must know.

Just like NZ’s new Prime Minister must know – that one’s own enthusiasm and wish for change can only go so far, if not matched by the masses putting their shoulders to the ‘wheel’.

Yet, they (the BIM promoters) are rarely seen explaining how truly difficult is to get one single person (from an age, say 30+) convert into a useful BIM-mer, let alone an entire project team or a company.
It is as difficult as making someone shed 10kg, be fit enough to run a half Marathon or learn a new language.

Yet, even those that know this, will hide it from their clients.
Instead, most self-styled BIM specialists will happily draw up implementation plans, with entries like ‘identify a BIM champion’, ‘train people in Nawisworks’ ‘set up internal libraries and standards’ etc. etc.

If challenged they will say things like, ‘change takes time’, ‘every little step matters’, ‘you can take the horse to the water, but you cannot force it to drink’ etc.ec….

I disagree. There are times, places, issues where time is of essence.
Where half-hearted attempts to change, just will not cut, where little steps will end up being steps in place or going backwards, where someone needs to lead with honestly and real conviction, but also have the power and means to deliver, even through measures unappealing to individuals.

Going back to the language parallel, one can speak a language badly, poorly, incorrectly – but for someone to be considered fluent in it, there is a minimum threshold of competencies to have.

A similar threshold can be established for BIM competency for participants of any project, however this concept is something that most BIM promoters get extremely uneasy about. Because, they know (but are scared to say) that getting all of the non-BIM speaking ‘average Joes’ of construction projects to that minimum threshold is an extremely difficult job.

Yet, this would possibly do more good than all other attempts together to make a real breakthrough in re-establishing a speaking-reading-writing industry. 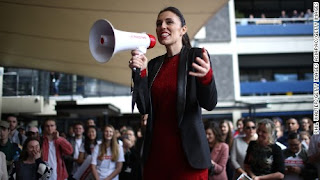