From the point of big BIM success stories, this was meant to be the big year, the one delivering the UK-spearheaded, Government Mandated ‘solve-it-all’ BIM.
And the plan to set it in motion may have achieved everything it was supposed to do, I am in no position to tell. Years ago, I lost my interest in watching/reading/listening the insincerely fashioned, and over time regularly re-fashioned BIM experts, telling and retelling the same story of how BIM was the big thing, but  only in the way they did it, in the meantime little real improvement was felt in the trenches.

As 2016 was crawling to its kitschy, shiny end, I occasionally did get worried, that by failing to rub myself close enough to the shiny-suits that matter, I will totally miss out on the real action when it finally truly happens in BIM, but somehow also clung onto a philosophy that if things ‘really were happening’ amongst the innovators, some morsels would trickle down to the ones like myself and would entice me on time into pulling on the BIM-fighter clothing again, just to keep putting the proverbial bread on the table.
Based on the evidence of people I meet daily in my real work, I can state, that 2016 has not delivered the ‘BIM revolution’, and it has a long way to go, for it to be able to make any real impact within its host industry.

Based on this perception of the state of BIM, so BIM-apathetic had I become, that my once busy blog – I have all but totally neglected – while its readership is (almost bizarrely) constant (and growing!)

Consequently, I had no intention  in starting the New Year with writing a blogpost on anything BIM-ish when I got out of bed today, and would have likely spent the day mosaicking, had I not just returned from a two week holiday.
A half-a-globe holiday trip on a cheap has its certain characteristics, meaning a lot of airlines and airports have been involved. Watching airline security for hours did something to me.

Strange that, Even the make-believeish part of it, that is visible for the average Joe, like me is not that exciting – one could say. Since 9/11 we have learned not to make silly jokes while being tapped down or up, or mock or treat with understated importance of the officers on duty. Apart from, maybe my mother, who at 76 and having criss-crossed the world a couple of times, still has the guts to place a full size canister of hairspray in her hand-luggage and shrug it off as something she did know once caught. (true story).

OK, I know, we know, everyone knows, that emptying my husband’s 300 pockets 5 times before you let him on the plane; make him pull out his belt while holding up jeans not meant to stand up without them and fishing his laptop from the bottom of a bottomless bag  IS ALL part of a pure psycho- strategy to get us all behave like sheep but believe to be ‘looked after’.  Most of the real security happens behind the scenes, based science and pseudo-science, on algorithms, risk calculations, tip-offs and simply picking up the guys that tend to be trouble, or something like this.

Still, one thing came out of me watching these procedures performed in various location and using numerous languages over the last couple of weeks.
It reminded me of a blogpost (serious one too) that I have been meaning to write for a long time.

So, here we are:
For numerous years Governments internationally have been targeted as the possible biggest beneficiaries of the ‘mainstream’ BIM pushed by the shiny-suits.
These ‘shiny-suits’ being the paid experts of various companies taking on the roles of BIM-pioneers, yet often lacking in appropriate knowledge or experience for such roles.
It is hard to find an airport, metro, hospital, museum, mall sport or cultural centre globally under development  without a ‘living’ BIM plan attached to it and zillions spent on consultant’s fees, on making them look like there was a functioning BIM guiding the process.
According to the shiny suits, BIM is not only supposed to save a lot of money on these undertakings (remember: clash detection) but also bring ALL sub-contractors to create a singing dancing (anything up to 7D) coordinated digital model.
A model that was managed by an often uncertain party (you know, the CAD guy from the main contractor that speaks one of Autodesk’s many languages) while construction going on, and than handled to FM guys to ‘make use’ of all of the charmingly and so aptly named BSxxx, COBIE and other adages given to the model parts by the highly-competent (not) outsourced subcontractor modellers.

While I was still somehow involved in setting up or managing the implementation of plans described above, I often set through ‘cutesy’ meetings where various people in the know, argued about the ‘ownership’ of parts of the model, mostly parts they themselves created and were unwilling to put in the pot. Yet, rarely I remember discussing the security risks on behalf of the owners of the final products of creating, good/or/bad, but still highly detailed, information laden digital replicas of vital infrastructural and other important assets without having a lot of clue on how these files will live on once the buildings are finished. Seldom was it mentioned of the risk of the creation, storing, managing, sharing of data and given believable assurances that sound steps were taken.
So mesmerised (even the otherwise savvy) owners of these BIM mandated-assets by their technological advancement tended to become, that even normal questions of data security was left unasked, and the specialist got away by serving up straight BS mumbo-jumbo to the ones brave enough to ask.

I did have one different experience, more than 10 years ago, where the PM acting on behalf of the Government Client did seriously question the process – to the extent that he wanted to lock up our modeller in a secret location 24/7, but that was definitely the exception to the rule.

So, the point of this blog today is to raise this question, motivate those that write, read and implement ‘War&Peace’ sized BIM Plans for vital infrastructural and other important assets to include realistic, proven, doable sections on how the modelling data will be managed in a way not to get into hands they shouldn’t, or how to behave (the data) when they actually do get into unprofessional hands or people set on causing damage.

The idea of Digital cities have been a tantalising one for a long time, even I’ve seen a city major or two get all teary eyed by the idea of all its infrastructure and building work digitalised, but when this data is managed by quasi experts or those with hidden and questionable agendas, the BIM-thing starts becoming much less of a good idea on a large scale and those acting to protect their clients’ interests should do everything to come up with their knowledge and fill the holes.

Now, I could close this post by saying that I am a perfectly experienced and qualified expert to advise exactly those client representatives, but then, who would believe me?
By no means could I claim to know the answer on every question (just as no other ‘security expert’ could) – but if the questions are not asked, there is little chance of the risks being rightly identified and dealt with.
Seem to be easier to just cross fingers behind ones back and hope everything will be fine. 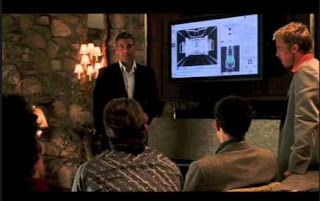