Who am I to tell anyone not to waste time on (anything to do with) BIM?

The picture attached here was taken exactly 3 years ago, or so tells me my FB memory jogger.
Must be right – the moment bidding farewell to a lovely team of HLG BIM-mers, almost fully coincided with the time when I lost all my belief in anything BIM. Not just in the highly idealised airbrushed version of the ‘our way or the highway – mandated’ types but even of the more down to earth, pragmatic – ‘let’s pull together enough parties that genuinely want to make things better’ flavoured BIMs. I just stopped believing BIM functioning on any meaningful scale beyond the involvement of a couple of people on a project.

True, I gave the idea and various strategies to get there, another couple of goes following the captured moment, including taking the family through a 4 month long, tormenting Hong Kong saga – but then, went back to making a living where a living can be made….
This blog too, once very enthusiastic about, I gradually pushed aside, to finally get to a stage a couple of days ago when I made the decision, to close it down.
Then, I did have a look at the stats of the readership and was genuinely surprised to see, how steady it has been, even in the last half of the year, when I published only two entries, both highly cynical, verging on being upfront flippant.
Maybe it is just a sign that anything on the net will get its share of idle browsers these days of constant staring at the little window into the web. Or, that so flat the writings have become on this topic that anything out of the mainstream mantra gets some following… It is hard to say.

While I personally all but stopped following any media on BIM, crazy ideas do emerge still of some alternative BIMs, prompted by reading words in passing like ‘revolution’ and ‘disruptive technology’ in relation to the industry and what BIM is doing or will be doing to it.
Rather than figurative revolutions, my mind conjures pictures of young (or not so young but progressively thinking) people taking literary over the industry with technologies to describe buildings, design and construction processes totally unlike the stuffy and boring AutoCAD, Revit and even my once beloved ArchiCAD.
These revolutions are likely forceful take-overs, as who would expect the generation of stiff, white collar rulers of this lucrative industry to let anyone in on the bounty they so enjoy, but the most obliging and unthreatening of the ‘innovators’ that may make a bit of noise with their ‘modelling’, and ‘technologies’ and ‘disruptions’ but will hardly ‘hurt a mouse’ when it comes to where real powers lie.
Let them have their LOD’s and British BIM standards (whatever their number is) and BIM conferences and BIM pilots and….

As long as these false pioneers exist within the industry preaching and practicing disproven ideas of false improvements, there will be no room for those that may actually come up with something really good.
Sure, you can call me bitter and taunted and generally a ‘has been’ or even a ‘wish to have has been’ but I do get some comfort from ideas that I know could still work if …and when the industry was prepared to embrace them.

But, maybe it is OK like this – this industry is stuck where it wants to be.
Who am I to tell anyone not to waste time on (anything to do with) its BIM?
After all, even giants like Google once enthusiastically targeting the global AEC industry (buying, then further developing Sketchup) have given up on it as something far too IT-immature and ruled by anti-innovation bigots to be worth spending efforts on. 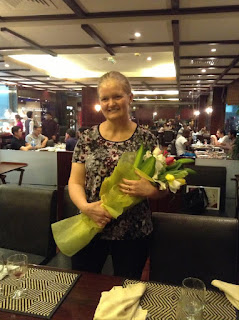