I wonder, how does HM the Queen feel about Britain’s impending BIM supremacy?

She must be fully aware of it coming, after all it’s been some time since the UK Government BIM Mandate has been dreamed up and sold successfully to both the practicing and the ‘not quite convinced yet but getting there’, BIM world.

It has been a while since her 2013 New Year Honours List awarded Mervyn Richards OBE for services to BIM and the Construction Industry. She must have cast her eye at the time over the list and dutifully asked the question ‘What the … is the BIM thing? .
I can just imagine the solemn advisors quietly whispering to her something on the line of ‘BIM being to Construction what the full cure for Cancer to medicine could be’? Quite possibly.

Then, there is her son Charles, Prince of Wales who tends to faithfully keep up with what is happening in the industry, so she must get first-hand reports on the progress of this worthwhile initiative especially as the Prince’s favourite UK architects are again the first in enthusiastically embracing the UK BIM mandate.

By the way, what mandate?
Soon enough it will be apparent that it was going to happen naturally in the UK first and in the bestest form, the mandating was just there to speed it is up bit. The UK elite (including the part that reigns over the construction) would never have let such a great opportunity of a ‘hot-air-balloon idea’ be passed onto someone else to claim pre-eminence over.

The Americans? With their claim to have invented the acronym? Or the North Europeans, with their various BIM-ish toolsets successfully operating for decades (like Tekla for example – oh, sorry no longer Finnish)?
Not even the Singaporeans who’ve been parading with their supposedly sophisticated building consenting systems for a while, let alone the little Hungarians that claim to have come up with the concept roughly at the same time as Rubik of his cube?
Nope, this one has been destined for the Brits to control.

As well as quantified positive impacts on the local and global economy of the BIM-UK-storm, HM the Queen is likely to be receiving regular updates from each BIM user-group meeting and every BIM conference held in even the remotest part of the world.
She must be feeling the long forgotten pride of the truly magnificent, learning that these forums dutifully acknowledge UK having gotten ‘there’ first with BIM – even before they look at the serious tasks of labouring on their own, local standards for this non-existent set of activities the group (conference) has been set up to nurture.
Almost like the forming of a new BIM Common world, ignorant of political, economic and other boundaries, after all you can buy I-phones almost anywhere and find Autodesk resellers in the remotest of parts of the globe.

She is probably pretty pleased with this unexpected gift of good news for the nation, even if a bit worried for the time passing by.
Does she wake up in the morning looking at the calendar, hoping 2015 would go faster and we’d get into 2016 just a tiny bit earlier? Or kicking herself for not setting  an earlier deadline for this UK BIM Heaven on Earth and UK’s return to true global dominance? 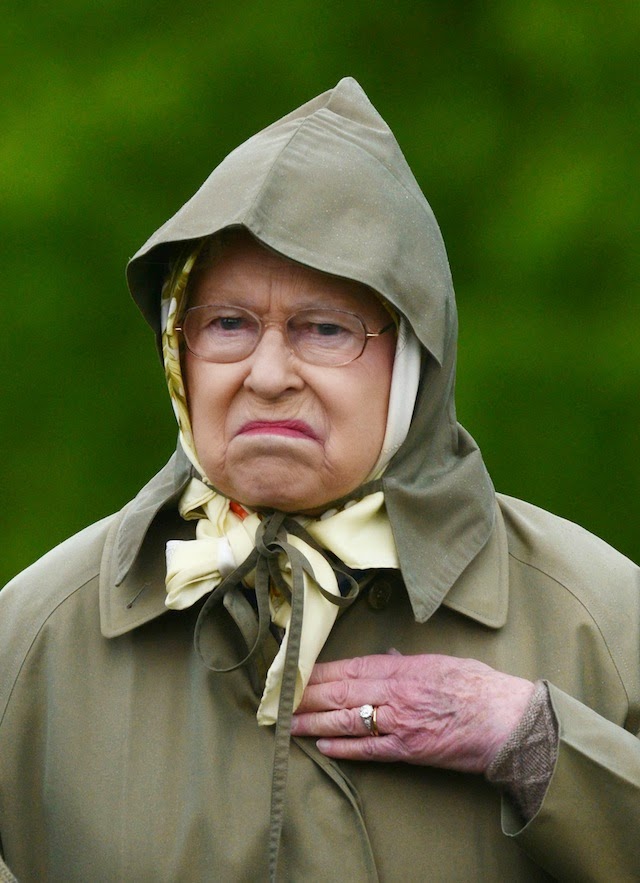