‘Bidding below cost in the AEC…

…is a bad practice and is totally unsustainable.’
‘And we aren’t going to do it, no matter how much pressure there might be!
Unlike our competitors…
We’ll wait. We’ll sit it out….’


Pouring great-wisdom generously, the new boss introduced himself to us a couple of months ago.
His steely stamina underlined the important message.
He meant business. He was not going to give in.
The market will turn!


‘What if it doesn’t?’
I asked in my head – the conflict-avoider I am in such critical situations preventing me to say it aloud.


OK, I did demonstratively walk out mid-speech, but it is highly unlikely that the boss connected my action with the statement he just made.
So convinced he was with intimidating the rest of the industry by his refusal to bid below cost, a flustered female college disappearing from the first row would have hardly even registered with him.


But, really: What if it does not turn?
If, instead bidding below cost becomes the ‘norm’?
What if (God forbid it) some other companies DO figure out ways to match costs to those asked by the market by becoming more productive?


Turns out, raising productivity is another one of my new boss’s strengths, and he’s been telling us  lately how he’ll do it:
He’ll cut BIM down to size, replace it with CAD. It’s cheaper.


Guess what, he is not alone in this revolutionary idea on how to improve productivity and survive in a stressed construction market;


I’ve been speaking to a BIM colleague recently who was devastated by his company going back down the track of doing everything in CAD, as it was so much easier to manage than this ‘BIM thing’ is.
We are talking large, multi-national company here, employees in thousands.


Roll-up the horse carts, here we come! (or will a camel do?) 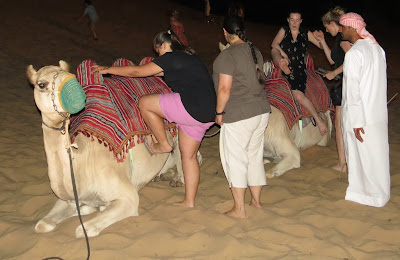