How do you say in Chinese: Losing one’s face to save someone else’s butt?

Over the last couple of weeks I asked a question from the representatives of Balfour Beatty and Jardines that had the gist of:
If a CEO of one of their companies fails to act according to all points of the published values of his company, does that automatically make the company’s integrity tarnished?

The representatives of both of these companies supposedly in full knowledge of the events (that I claim make Gammon look bad), parents in equal shares of Gammon have expressed to me their continuous and solid support of Gammon and as such confirmed the company’s integrity as ‘intact’.

I found this cause of action by the parent companies unsatisfactory and had set out to test my theory that ‘the action of one must impact on many others’ with the various associates of Gammon, starting with a half a dozen of their claimed long-term clients.

I will be approaching these company’s representatives through ways available to me (email, professional and social media) since so far no official media had been prepared to engage in direct conversation on this and related topics.

I will be visiting the completed buildings and building sites that these companies have in common with Gammon and will look into the history and the nature of their relationship.

What a waste of time and energy, one might think! What good can come out of this exercise?
As I often do, I’ll start with a personal story that will hopefully show clearly how the actions of the CEO and his underlings (previously mentioned) potentially tarnished the integrity of many other ‘innocent’ people.

To be blunt, because one person chose to save someone else’s butt, many others can potentially lose their face for no fault of their own.

I still admit to be very new to Hong Kong and the Chinese culture all together.
But I believe that fundamentally every society has a basic rule, where one’s ‘word’ has a certain weight and its trust worthiness is closely linked with ones standing amongst others.
Closely associating with those that violate this rule tends to be universally recognised and dealt with by internal cleansing processes (i.e. exclusion from the society);

So, the simple question to all those that associate with Gammon is:
If what Gammon is doing is ‘wrong’ can an associate of Gammon claim to be ‘squeaky clean’ still?

Because this little project is going to likely be of a protracted and tedious nature and attract only a very limited and highly localised audience, I have created another blog where the happenings will be reported on:
http://www.gammonandfriends.blogspot.hk/

In case the story grows with time and the question of overall ‘ethical consumerism of the AEC industry’ gets explored in relation to other subjects relevant to this (debunkthebim) blog, I’ll revert back to here.
In the meantime, I’ll free up this, well-read channel for more technical (BIM-ish) topics, next one will be an overview of the current BIM activities in HK, as I see them, of course;
Here is the story in an illustrated format:
http://www.slideshare.net/zolnamurray/losefacetosavebutt-swire2?utm_source=ss&utm_medium=upload&utm_campaign=quick-view 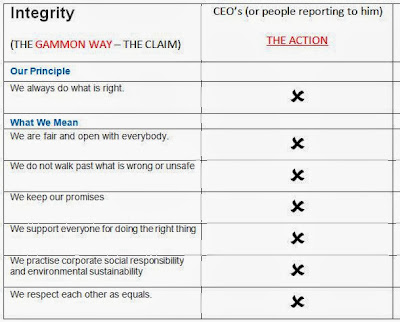